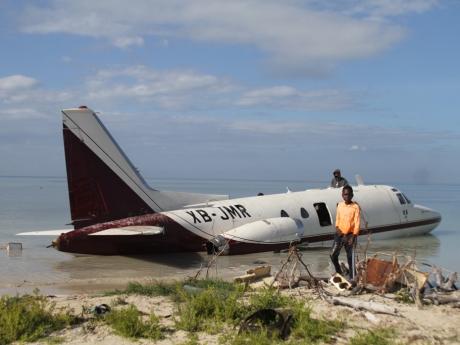 January 24, 2021– Members of the security forces are continuing their search of areas surrounding the White Sands Beach, Rocky Point in Clarendon following the crash landing of an aircraft on Saturday, January 23.

The aircraft – a Cessna XB-JMR twin engine – made a landing on the coast based on reports from citizens who saw the airplane allegedly fall from the sky.

Reports from the Lionel Town Police are that about 7:00 p.m., they were summoned to the location and on their arrival the aircraft was checked. However, no passengers or cargo were seen on the plane or in its vicinity. Several checks were made at nearby hospitals; however medical personnel reported that no one arrived at their facility from the crash site.

Investigations into the incident are ongoing.

Firearm and Ammunition Seized in Westmoreland
Scroll to top