Commissioner of Police Engages Members of The Entertainment Industry

You are here: Home1 / News2 / Commissioner of Police Engages Members of The Entertainment Industry

November 25, 2020 – Commissioner of Police Major General Antony Anderson met with some of the major players of the entertainment industry at his Old Hope Road, St Andrew Office on Monday, November 23. The meeting came on the heels of renewed efforts by the Constabulary to forge stronger partnerships between law enforcement and key stakeholders, such as entertainers. 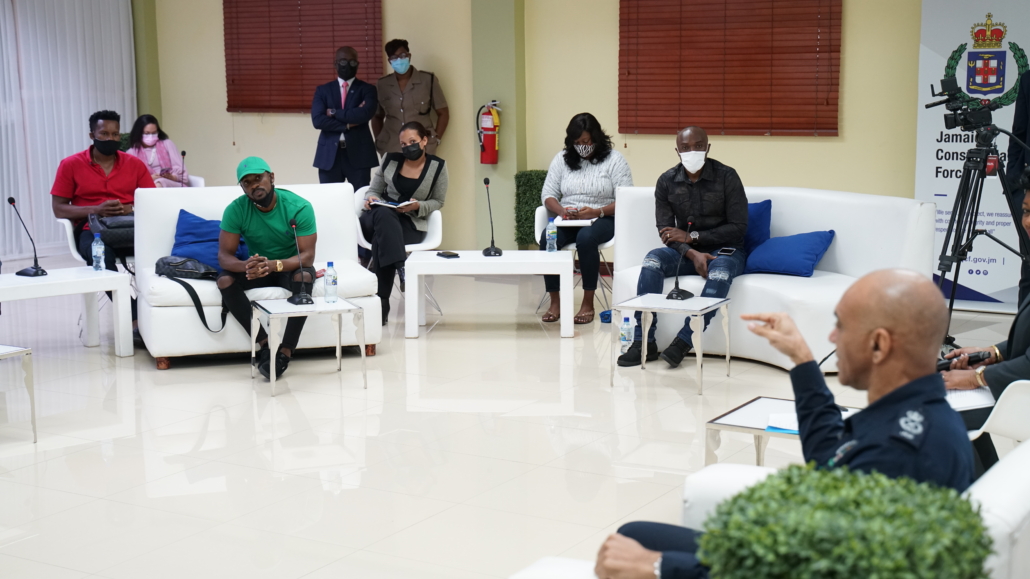 Sharing from his over 35 years’ experience in security, Commissioner of Police Major General Antony Anderson held captive the attention of some of the island’s entertainment stalwarts as he tracked Jamaica’s socio-political history and the country’s gradual increases in violent crimes dating from the 1970s to present. With the provision of precise statistics, the Commissioner set the pace for an analysis that many in attendance had never considered, and impressed upon them the need for sustainable and collaborative solutions. 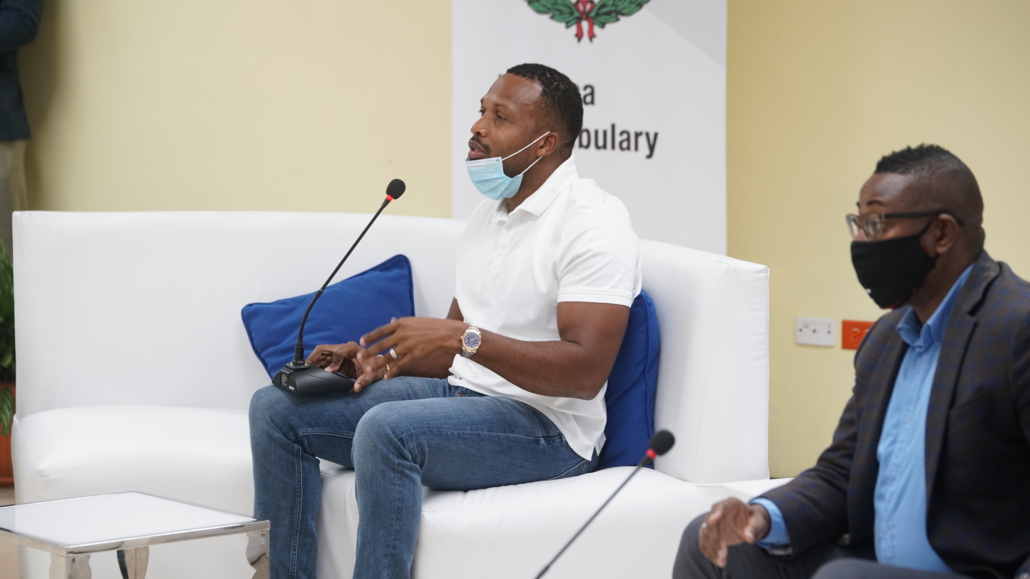 The vibrant discussion got intense when veteran entertainment consultant Clyde McKenzie suggested that there was a strong correlation between crime and poverty. However, Agent Sasco quickly challenged that view by postulating that “there is a tendency to marry violence and poverty, that’s not true.” He instead indicated that the genesis of violence goes beyond poverty.

Major General Anderson considered both arguments from a different perspective. “We define criminals as victims over time,” he explained. “…and when they start to run the community they are no longer victims but heroes,” he asserted.

“So if you have a hero and a victim you now need a villain—Babylon,” Anderson concluded, to the amusement of the attendees.

“We are not having a civil war …we are hurting on each other,” expressed Khadene ‘Ms Kitty’ Hylton. She was referring to a recent triple murder in Tryall Heights, St Catherine in which an elderly woman and two children were killed. “Old people and women were once off the list and I’m flabbergasted to see what is happening,” she said.

Major General Anderson also updated the group on the Force’s transformation by sharing stories from the journey. “Something of interest to you, we will soon see the end of the big book [Station Diary],” Anderson said.

Singer of ‘Be Careful of What You Teach the Little Children’, Tony Rebel, reminded the other entertainers, “I always encourage people to say the right thing especially to people who are impressionable. Each individual must make a concerted effort to make Jamaica a place to live, he continued.” He also asserted that the name Jamaica Constabulary Force needs to be changed to match the new reality. 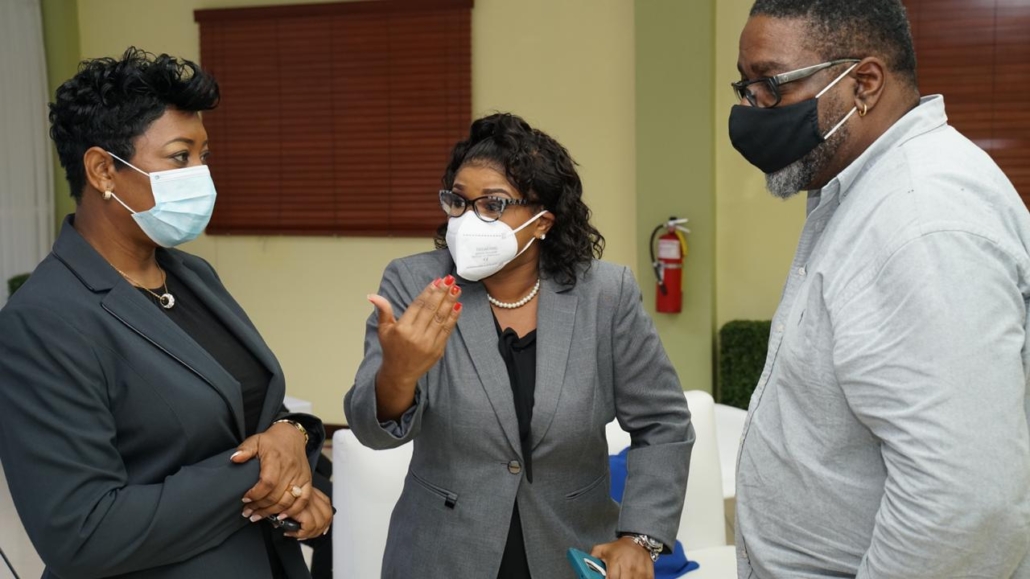 “I commend the JCF on initiatives like the summer camp, and their community programmes… We have to encourage the type of music that is pushed,” said Marsha Downswell, manager of gospel artiste Kevin Downswell. Bringing down the curtains on the event, Kevin Downswell affirmed, “I am committed to playing my part…”