You are here: Home1 / Breaking News2 / Man Charged with Shop Breaking and Larceny 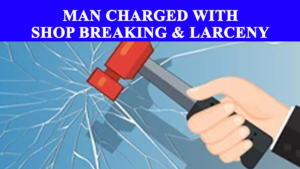 Blake has been charged with Shop Breaking and Larceny.

Reports are that about 4:15 a.m., Blake  and two other men broke into a business establishment and stole gaming boxes. The boxes were tracked and  recovered in Manchester. Several parts from the gaming boxes were recovered in a Nissan  AD wagon motor car in which Blake was travelling along with two other suspects who fled.

A question and answer session was conducted and Blake charged on Monday, March 14.

His court date is being finalised