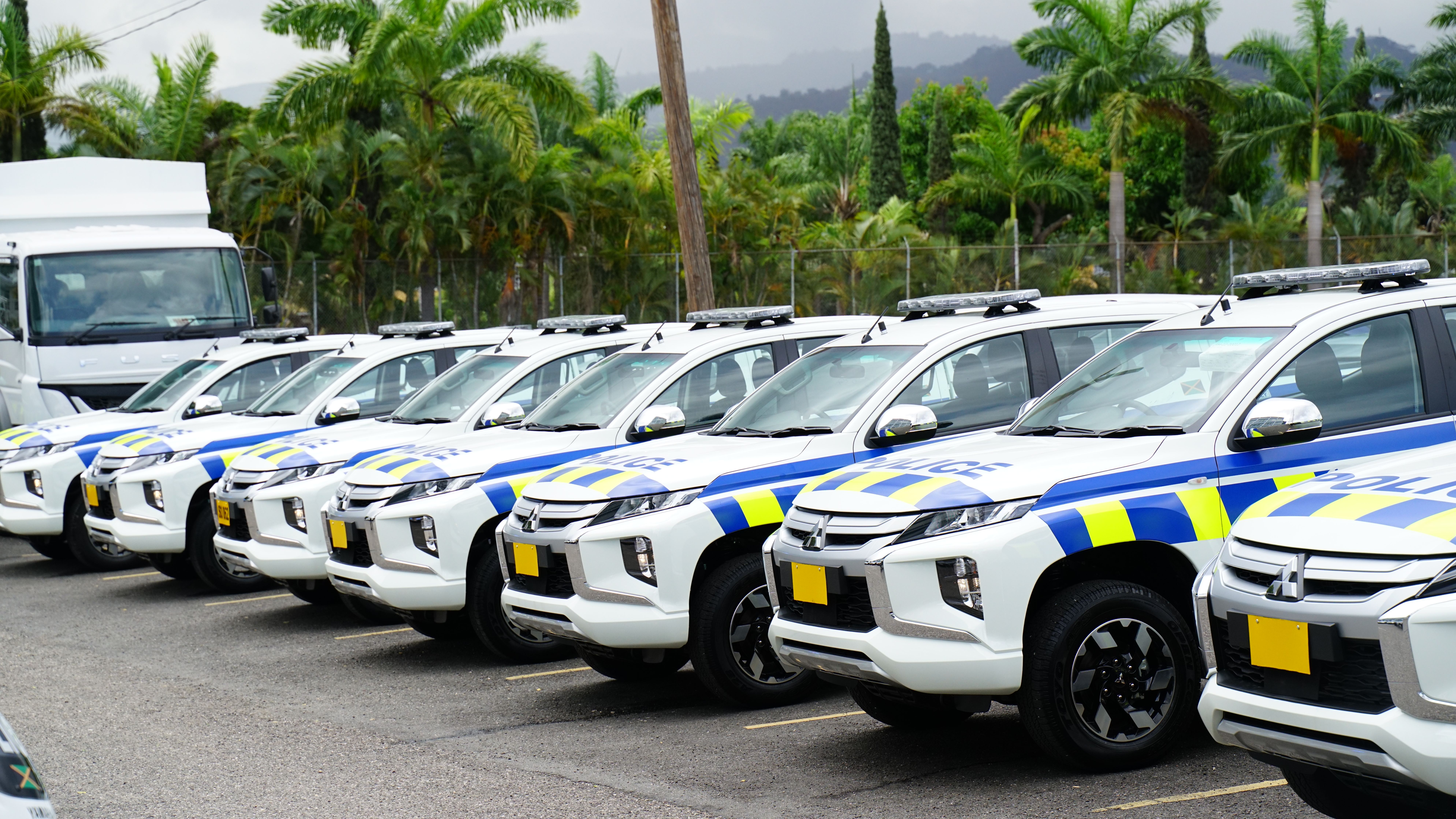 May 5, 2020 – As the process to modernise the Jamaica Constabulary Force continues, 107 new retrofitted vehicles have been added to their mobile fleet, thanks to the Ministry of National Security, following a handing over ceremony at the office of the Commissioner of Police on Tuesday, May 5.

The new vehicles, Mitsubishi L200s and Mitsubishi Outlanders—a juxtaposition from the Falcon motor cars used by the JCF in years past—are equipped with tracking systems to allow for greater accountability and fleet management. They are also fitted with licence plate readers and smart check systems, as the JCF continues to clamp down on traffic offences while increasing response times and visibility across the island.

Commissioner of Police Major General Antony Anderson believes that the new fleet of vehicles was timely and necessary in meeting the growing demand for Police services in Jamaica, especially during the current pandemic.

“These vehicles are modified in a way that takes into account our terrain, our circumstances and the requirements of policing in Jamaica and include other technology as well. We have been able to be more responsive to the needs of the public, and this has supported us in taking on new tasks and roles associated with Covid-19,” said Major General Anderson.

Minister of National Security, the Honourable Dr Horace Chang, shared similar sentiments as the Commissioner and stated that mobility is a critical element in successful crime-fighting operations.

“We are deeply committed to financing security and building a modern, efficient Police force. During 2019 and 2020 we [acquired] 367 new vehicles at a cost of an estimated JMD 2 billion to continue the development of the Jamaica Constabulary Force and I have received several commendations on the dramatic improvement of Police response times,” said Minister Chang.

Minister Chang, in his address, also hinted to the procurement of other vehicles and motorcycles for the corporate area in the near future.

The vehicles are slated to be deployed in almost all Police divisions in the island.