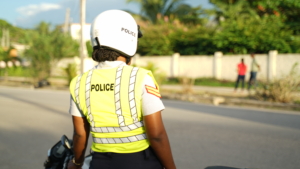 The Police are reporting the safe return of three females who were abducted on Monday, November 1.

Reports are that all three females were abducted at different locations across St. Andrew by men travelling in a white Toyota Probox motor car displaying public passenger vehicle registration plates (red plates). The abductors first struck in Bull Bay by abducting the first female, after which they headed towards the Papine area where they abducted the second female on the University Hospital compound; the third female, who was in the vicinity of the University rear entrance was also lured into the vehicle by the armed men.

Two of the females were released on Tuesday, November 2 at about 7:30 a.m., in vicinity of the Kingston Public Hospital and the third female released in the Duhaney Park area. One female was taken to hospital and treated.

Members of the Counter-Terrorism and Organized Crime Branch (C-TOC), alongside members of the Kingston East and St. Andrew Central Police Divisions are investigating.