You are here: Home1 / Breaking News2 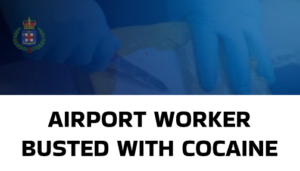 An airport worker has been arrested in connection with the seizure of one kilogram of cocaine at the Sangster International Airport in St. James on Sunday, May 29.

Reports from the Narcotics Police are that about 10:20 a.m., security checks were being done when two packages containing cocaine were found in a ground handling vehicle. The operator of the vehicle, who attempted to flee when the packages were discovered, was caught by members of the Narcotics and Canine divisions.

His identity is being pending further investigations.

According to investigators, the illicit drug has an estimated street value of US $ 50,000.

‘Pops’ Charged with Illegal Possession of Firearm and Ammunition...
Scroll to top