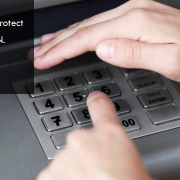 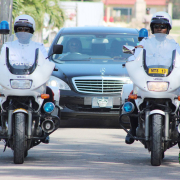 Although a common tip, buckling your seatbelt is essential. According to the National Highway Traffic Safety Administration (NHTSA), seat belt use helped save over 14,000 lives in 2016. About 90% of Americans wear seat belts, yet some drivers and passengers don’t take the risk seriously and still don’t wear seatbelts. Before leaving home, be sure to put on your seatbelt (and remind your fellow riders too) so you all can be safe while on the highway.

Put down the cell phone

It’s so tempting to reach for your cell phone when you hear that “bing”, but it’s especially unsafe to text and drive on the interstate. Sending or reading a text takes your eyes off the road for 5 seconds. At 55 mph, that’s like driving the length of an entire football field with your eyes closed.” If you have an iPhone that’s iOS 11 and above, you can use the Do Not Disturb While Driving feature to send contacts an automated message that allows you to stay focused while you’re on the road.

Don’t reach for your cell phone while driving to keep yourself, riders and other drivers safe. Instead, wait until you’re pulled over to a safe location before responding to texts and notifications.

Use the right lane for passing

Carefully get out of your vehicle after an accident

If you’re ever in an accident on the interstate, do your best to pull as far off of the road as much as you can. This will help to prevent you or other drivers from getting hurt. It’s easy to think that you’re safe while on the side of the road, but distracted drivers may not notice you or your vehicle. It’s very dangerous to get out of your vehicle while on the interstate, but if you have to, pull over as much as you can into a safer spot.

Don’t drive too closely to the vehicle ahead of you while on the interstate. While you might be tempted to rush someone, you could end up putting your life and others lives at risk. If the person ahead of you happens to hit their brakes abruptly, you may not have time to stop and could rear-end them. Leave some extra buffer room, especially on the interstate, between yourself and the next vehicle so you and other drivers can stay safe. As a good rule of thumb, consider the type of vehicle that’s ahead of you, and leave enough room so that you have three or more seconds to stop. The National Safety Council recommends the three-second rule, but as always, carefully consider how much room you may really need.

Be mindful of your speed while on the interstate. In 2017, the Bureau of Transportation Statistics stated that “[s]peeding continues to be the number one cited driver-related factor in highway fatal crashes.” As tempted as you might be to speed, it could cost you, your riders and other drivers their lives. Always take note the of the speed limit and adjust accordingly.

Road rage is a real issue, but it’s better to overlook another driver’s mistake or negligent behaviour. SafeMotorist.com reports that “66% of traffic fatalities are caused by aggressive driving.” While it might not be easy to ignore someone else’s mistakes on the interstate, it’s necessary. Rather than getting frustrated and driving aggressively after another driver makes a careless mistake, it’s better to take a deep breath and let it go.

Be considerate of tractor-trailer drivers

Drive defensively, anticipating that others will make mistakes. Other drivers might not slow down to let you merge onto the interstate or change lanes if you put your signal light on. Regarding defensive driving tips for teens, KidsHealth.org shares that teens should “not depend on others” and “[c]ut out distractions.” Teen Driver Source shares that while teens know not to text and drive, “they often engage in these behaviours anyway.” Instead of expecting other drivers to perform certain actions while driving, be on the lookout and cut down on distractions to develop safer driving habits.

On longer trips, you’re bound to get tired. Whenever you’re feeling drained, it’s better to stop and take a break. Usually, we try to brush off our tiredness by turning on the music or rolling down the windows and continuing right along, but this can be a reckless choice. Pullover to a safe location or have a plan to switch drivers. By stopping to allow yourself to rest physically and or mentally, you’re helping to prevent accidents.

Drive according to weather conditions

Stay aware of weather conditions while on the interstate. During inclement weather such as rainy or snowy conditions, you need to be more alert and provide yourself with more time to react. Don’t always assume the roads are safe for driving the speed limit, especially in low-visibility conditions. That’s why it’s a good practice to reduce your speed and give yourself some buffer room.

Do not drive under the influence

Don’t drink and drive or get on the roads incapacitated. Driving under the influence and incapacitated driving can both be costly risks. The NHTSA reports that 29% of fatalities in 2017 occurred due to drunk driving. When you are not fully aware and functioning, you’re not as likely to make good judgements while on the road. You should have a designated driver or use a rideshare app like Uber or Lyft instead.

Make safety your priority while driving on the interstate

Safety should be a top priority while driving on the interstate. It’s easy to get caught up listening to music or talking on the phone, but it’s not so easy to correct the outcomes of an accident. That’s why it’s best to develop safe driving habits and drive proactively while you’re on the highway. 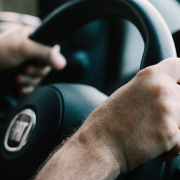