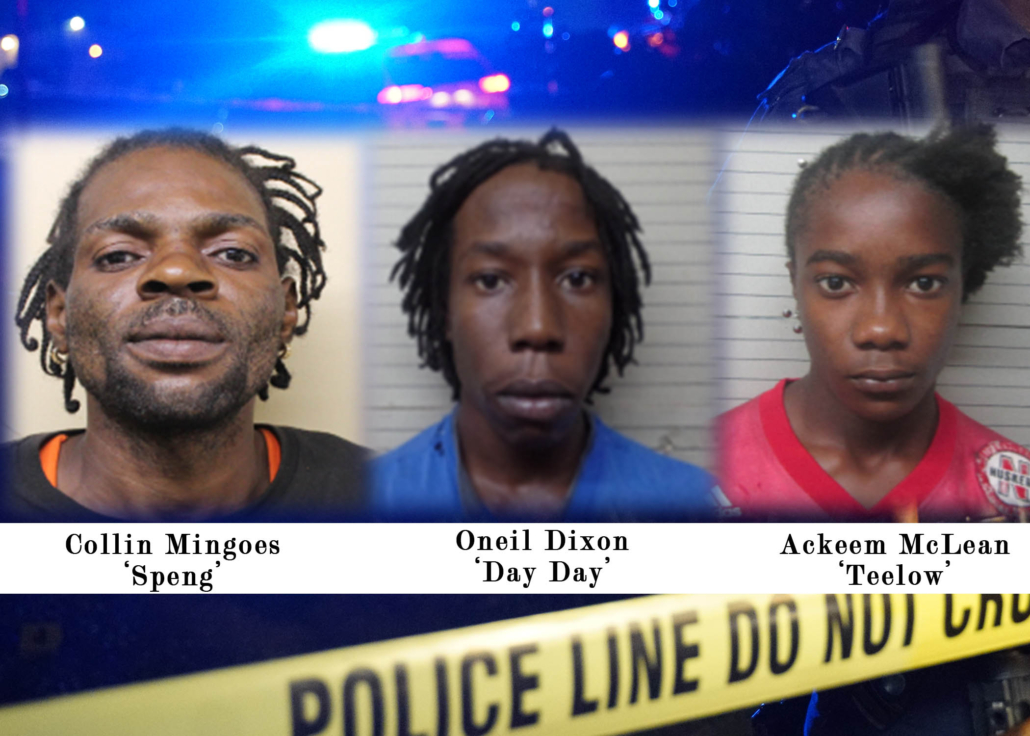 February 11, 2021 – On Wednesday, March 10, 2021 a joint police-military team embarked upon an intelligence-driven targeted operation with the aim of apprehending members of the Bedward Gardens-based ‘Berry Gang’.

For months, members of this criminal organization have been raining terror on the lives and livelihoods of the residents of August Town, Papine, Tavern and neighboring communities. During the Operation, a group of men opened gunfire on members of the security forces, injuring one member of the Jamaica Defense Force (JDF). Thanks to the superior training and experience of the JCF/JDF team, five of the gunmen were shot and killed, while seven weapons, including  high-powered assault rifles and pistols were seized.

This week’s operation is a major development in the Counter-Gang strategy of the Constabulary, as the ‘Berry Gang’ has been one of the gang that has contributed significantly to the levels of crime and violence, particularly in the St Andrew Central Police Division.

The reputed gang leader was also identified as one of the men who opened fire on members of the Jamaica Defence Force on Sunday, March 7, 2021 at the intersection of June Road, and Barrett Drive, August Town, Kingtson 7.

He was also implicated in a quintuple murder on January 26, 2018 along Mona Road, which saw the deaths of Ricardo Manhertz o/c ‘Nakia’, Ricardo Clarke o/c Ricky Ticky o/c Ricky, Akeem Sanchez, Jason Waller and Victor McKenzie. Additionally, he was implicated in the shooting of two menalso committed on Friday January 26, 2018 along Mona Road as well as the shooting of another man on May 14, 2020 along Escarpment Road.

Oniel Dixon, otherwise called ‘Day Day’ was being sought by the police in connection with the August 2019 killing of Wayne Robert Riley, Jnr along the August Town main road. He was also one of the subjects of investigations into two shooting incidents in 2019. He was identified as one of the men who fired on members of the Jamaica Constabulary Force assigned to the St Andrew Central Surge Team on March 1, 2019. He was also implicated in the August 22, 2019 shooting of a man along the August Town main road.

Tafari Dell, otherwise called ‘Jani’ was a prominent member of the Berry Gang who was designated as wanted for the Shooting with Intent and Wounding with intent of two men on

March 16, 2019, along Golding Avenue in the vicinity of the Hope Institute and was named as a Person of Interest in the May 1, 2020 murder of Marcus Walsh otherwise called ‘Rude Bwoy’ along August Town Road. Through the use of CCTV footage, Dell was implicated in a case of Robbery with Aggravation, which was committed on Tuesday, January 12, 2021, at about 9:00 am at the University of the West Indies, Mona Campus.

Akeem McLean, o/c ‘Teelow’ was another prominent member of the gang who was identified as one of the men who opened fire at members of the Jamaica Defence Force on Sunday, March 7, 2021, at the intersection of June Road, and Barrett Drive, August Town, Kingston 7.

While one of the broad objectives of the Constabulary’s Counter-Gang Strategy continues to be the apprehension of alleged gangsters and placing them before the courts, we will continue to utilize intelligence, science and technology to neutralize such threats with appropriate use of force. We would like to thank the law-abiding citizens for their continued cooperation and adherence to the rule of law.

St. Elizabeth Man to Face the Court
Scroll to top