Details On Clarendon Wanted Man Killed in Confrontation With the Police

You are here: Home1 / News2 / Details On Clarendon Wanted Man Killed in Confrontation With the Polic... 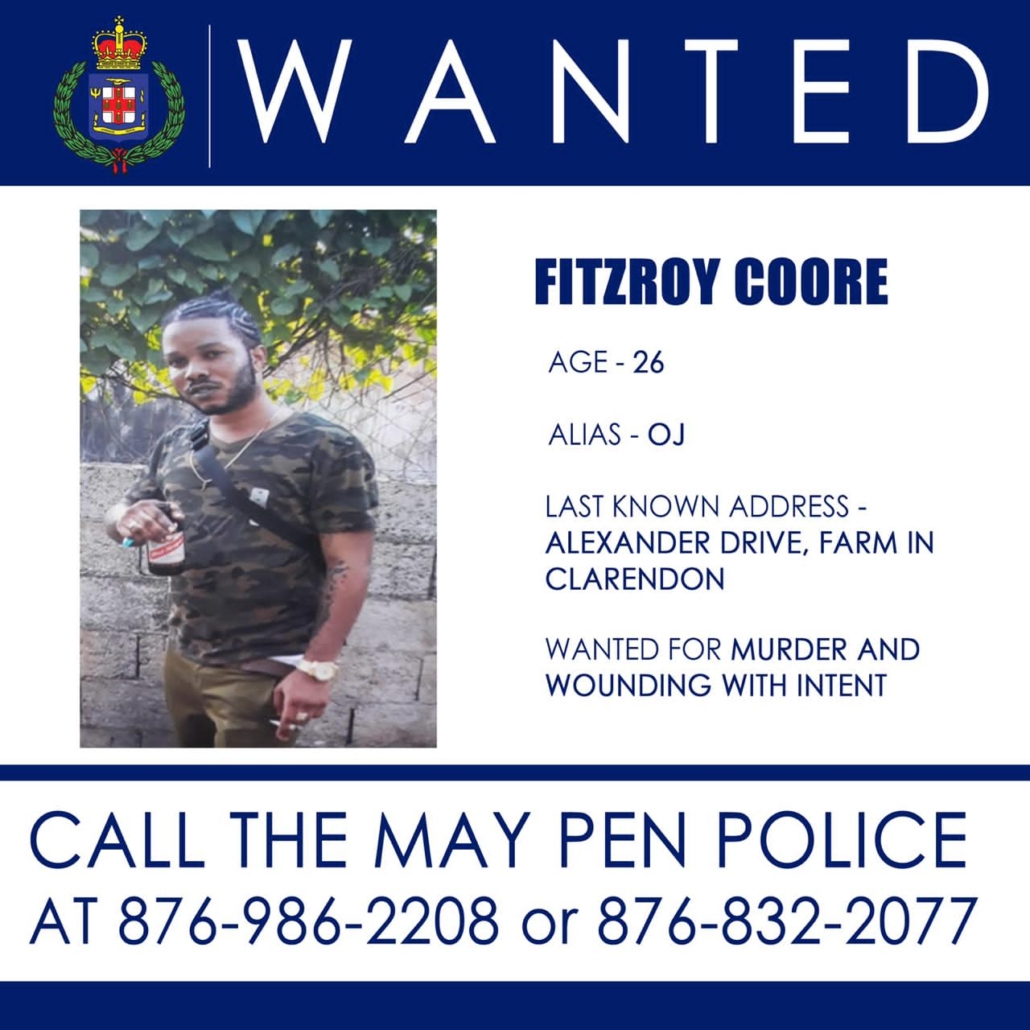 December 28, 2020 –One of Clarendon’s most wanted criminals was killed in a confrontation with the police in Manchester.

At about 6 pm on December 27, an intelligence-driven operation led members from the Counter-Terrorism and Organised Crime Division (CTOC) to premises in the community of May Day in Manchester, in search of 26-year old Fitzroy Coore, o/c ‘OJ’. Upon the arrival of the police, they announced themselves and asked that the occupants exit the premises and surrender.

Coore then appeared on the verandah, using two women as human shields. The policemen sought to apprehend him when he engaged one officer in a tussle. During the tussle, Coore pulled a gun from his waistband, at which point another officer took evasive action and fired shots in Coore’s direction, hitting him. He was taken to a nearby medical facility where he was pronounced dead. A 9mm handgun was taken from him.

Fitzroy Coore was a top tier member of the Effortville, Clarendon-based Lion Paw Gangas well as a member of the Bucks Common or Bucknor Gang. At the time of his death, he was a notorious violence producer who was formally wanted for Murder and Shooting with Intent. Intelligence gathered by the police is that Coore was actively planning to launch attacks in the Effortville community, in reprisal of a recent double murder.

Coore was wanted for the August 22, 2019, Double Murder of Malaino March, o/c ‘Mullings’ and Stephen Sharpe o/c ‘Shawn’ or ‘Percy’ and the Wounding with Intent of a 2-yr old baby girl. He was also a Person of Interest in at least 11 murders and four shootings in the parish of Clarendon alone. He was an integral member of a criminal network known to be operating in the parishes of Clarendon, Manchester, St Elizabeth and St Catherine.

On previous occasions, Coore managed to evade police dragnets intended to bring him into custody for previous offences from as far back as 2015.

Deputy Commissioner of Police, Fitz Bailey, commended detectives from CTOC, NIB as well as Clarendon and the JDF for their support and excellent investigative work they conducted in this matter. “While it was our intention to apprehend Coore and once again bring him before courts, I am pleased with the work of investigators on the ground. They have been tracking the activities of this individual for several years now, interrupting his criminal activities along the way. Their excellent investigations gave us pin-point accuracy as to the whereabouts of one of the most feared violence producers in Clarendon. Thankfully, he is no longer a threat to the lives and livelihoods of the people of Jamaica,” DCP Bailey said.