Farmer Charged With Rape of Minor

You are here: Home1 / News2 / Farmer Charged With Rape of Minor 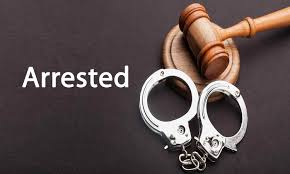 October 24, 2020 – Detectives attached to the Centre for Investigations of Sexual Offences and Child Abuse (CISOCA) arrested and charged a 48-year-old farmer with Rape following an incident in Portland on Friday, July 31.

Reports are that about 9:00 p.m., a 15-year-old girl was on way home when she was attacked by the farmer who had sexual intercourse with her against her will.

The matter was later reported to the Police and the farmer subsequently arrested and charged with Rape on Friday, October 23.

Follow JCF!
Commissioner of Police Discusses the Impact of COVID19 on the Jamaica Constabulary...