Four men who were arrested during an operation in Bushy Park, May Pen in Clarendon on Saturday, September 24 have been charged in relation to the seizure of illegal ammunition.

Charged with Illegal Possession of Ammunition are:

Reports from the May Pen Police are that about 5:20 a.m., the police were on an operation in the area when a house—where the four men were seen—was searched. During the search, two .40 rounds were found under a settee in the living room of the house.

The men were arrested and subsequently charged. Their court date is being finalized. 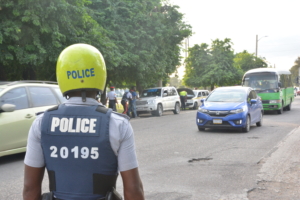