Guns, Gangs and Gunmen; JCF Clamps Down on Culture of Violence

You are here: Home1 / Breaking News2 / Guns, Gangs and Gunmen; JCF Clamps Down on Culture of Violence 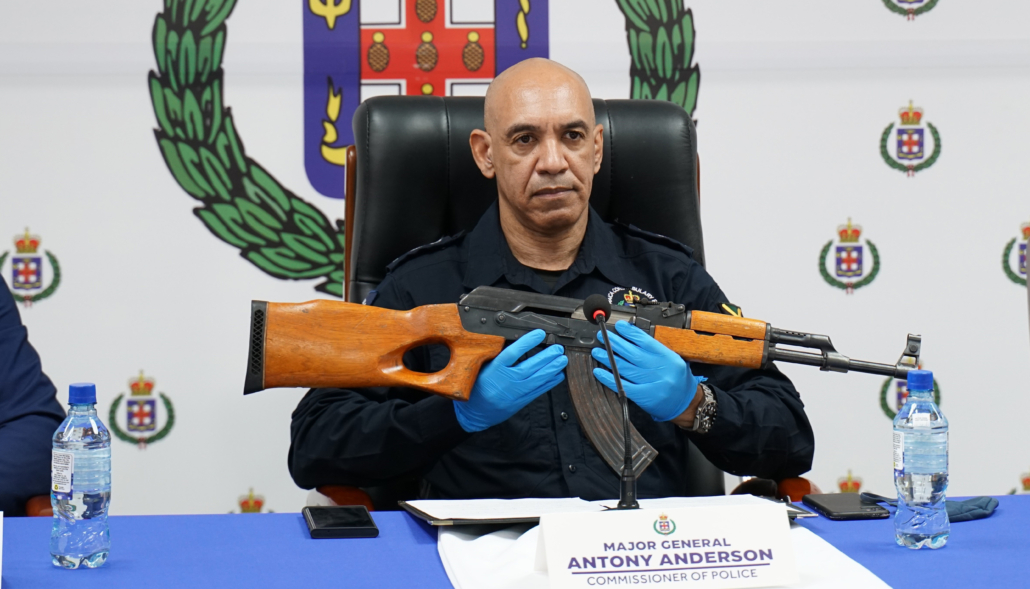 The Jamaica Constabulary Force (JCF) is making significant gains in the fight against guns, gunmen and gangs. That’s the word from Police Commissioner, Major General Antony Anderson, in a press conference at his Old Hope Road office today. 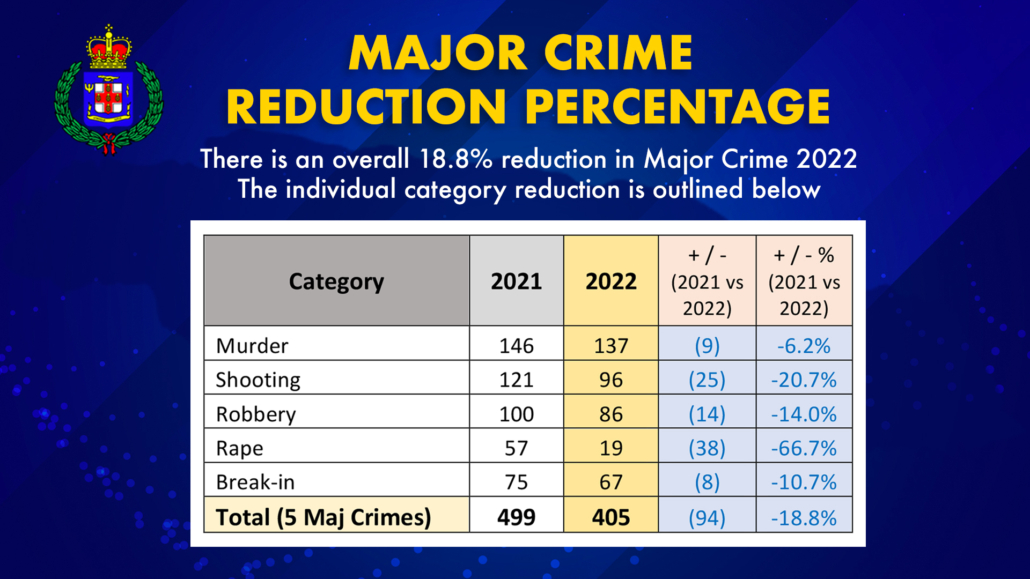 Major General Anderson’s revelations also included the seizure of eighty-eight (88) illegal firearms, including 12 high-powered rifles that have been seized during major operations and targeted raids across the country. This represents a 17% rise in firearms seizures when compared to the corresponding period last year. Pointing to the success of the ongoing counter-gang strategy, Anderson noted that 33 members of the Kings Valley Gang are now before the court and are facing several charges under the anti-gang legislation. 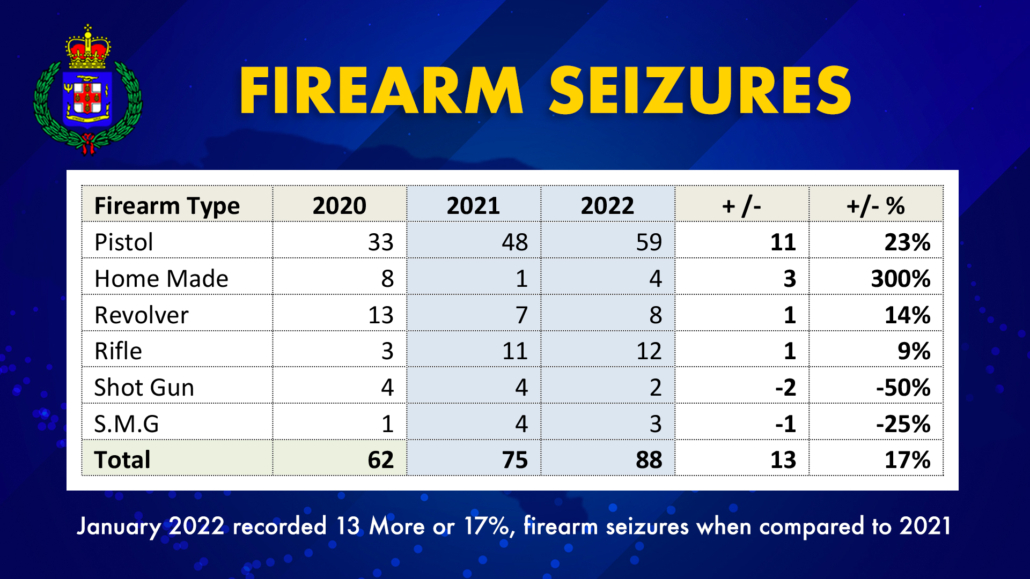 “…they kill, they maim and they create fear within communities. And the majority of the fear they create is in our most vulnerable communities…[they] intimidate whole communities,” Anderson said as he explained the impact of gangs on communities while updating the nation that several persons implicated in headline-grabbing murders last year were now in custody.

In highlighting the role of the men and women of the JCF in the gains that have been made this year, Anderson stressed that he will continue his advocacy for the adequate resources and remuneration necessary for the JCF members across the country to perform at an optimum.

“As Commissioner, one of my jobs is to lobby and advocate for the best possible support and circumstances for the JCF members. I started that way and I will end that way,” he said.

While not taking for granted the successes, Major General Anderson informed the public that though the police are now seeing a reduction in crime, they will not let their guard down in any way, as a reduction does not mean there cannot be an upheaval by criminal elements.

The Commissioner assured the public, “at no point will the members roll over and play dead. We will not stop; this team will lead the charge to make Jamaica safe from guns, gunmen and gangs who are creating, death, mayhem and pain in our society.”