Man Charged for Stealing ‘Crocs’ from a School

You are here: Home1 / Breaking News2 / Man Charged for Stealing ‘Crocs’ from a School 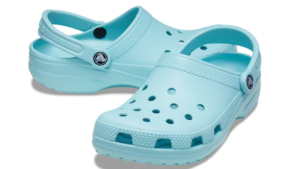 A St. Thomas man who stole a Crocs shoe and other office supplies including a navy blue sweater from a school is to face court on larceny charges. The incident occurred on Tuesday, March 29.

Reports from the Cedar Valley Police are that at about 3:00 a.m., Anthony broke into a school’s office and stole the Crocs, a navy blue sweater, a boom box, and an electronic sharpener. Bolton was seen coming from the school with the items.

On Wednesday, March 30, Bolton was seen wearing the Crocs and was apprehended. Bolton admitted that he broke into the school and took the police to the place he hid the other items. Bolton was later charged with School Break-in and Larceny.

His court date is to be finalised.