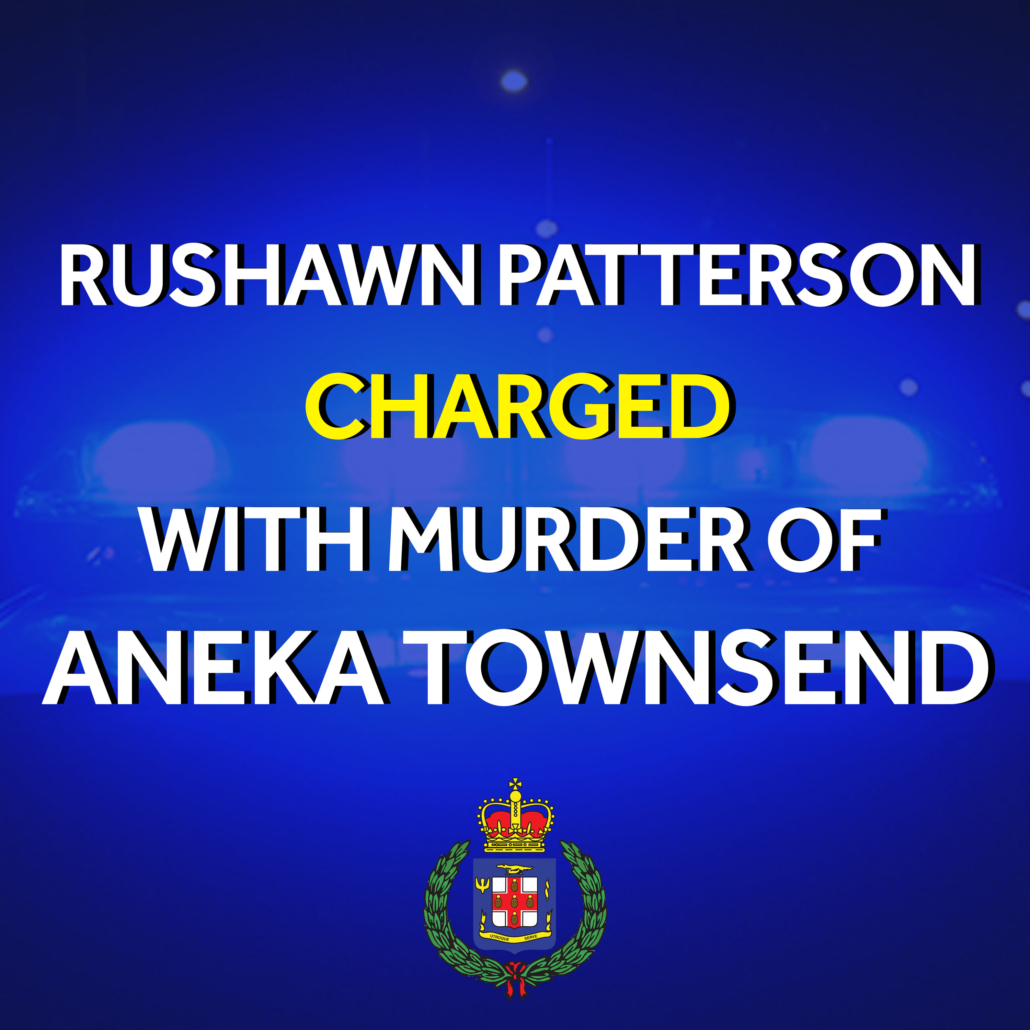 Ms. Townsend’s body was retrieved by the Marine Police in the sea in the Reading area of St. James on the morning of Friday October 21, 2022. A post mortem examination that was conducted on her body on November 5 concluded that her death was caused by strangulation. The post mortem estimates that Ms. Townsend was killed at some time between the hours of 11:00 p.m. Thursday October 20 and 9:00 a.m. October 21.

During the course of this investigation, an abundance of forensic, cyber-forensic and other technological evidence has been collected. Following consultations with the Office of the Director of Public Prosecutions (DPP) and the JCF Legal Services Division, Patterson was formally charged with Murder this afternoon (November 11, 2022).

The facts are that on Thursday October 20, Ms. Townsend travelled from Kingston to Montego Bay where she was picked up by Patterson at approximately 7:30pm.  During the course of the evening, they visited a restaurant in Hanover and a guest house in St James. At some point during in the night an argument developed between them, which resulted in Patterson strangling Ms Townsend and disposing of her body.

Additionally, a 47-year-old Security Guard, Rohan Rose, otherwise called ‘Early B’ has been charged with Misprision of a Felony in relation to this same matter.

In the three weeks since the investigation into her death began, the St James and Hanover police have conducted a high-level investigation that has benefitted from the support of the Area 1 Operational Support Team, the Communication Forensic & Cybercrime Division (CFCD), the National Intelligence Bureau (NIB), the Technical Services Division (TSD), the Specialised Operations Branch, the Jamaica Defence Force, as well as Jamaica Eye.

On November 2, Rushawn Patterson was arrested during a high-level, intelligence-driven operation. He was later charged for an unrelated case of Assault that occurred in the Saint Andrew South police Division. This charge is stemming from an incident that occurred in 2018, where he was alleged to have physically assaulted a female after a jealous rage. That matter will be mentioned in the Kingston and St. Andrew parish court.

Investigations are ongoing as it is suspected that Mr. Patterson may have been involved in other incidents similar to those for which he has been charged. As a result, Detectives are appealing to the public for any information that may assist in the investigations. Persons may contact the Montego Bay CIB at 876-684-9080, Crime Stop at 311, Police Emergency at 119 or the nearest police station.