You are here: Home1 / Breaking News2 / Significant Increase in Firearms Seizures Since January 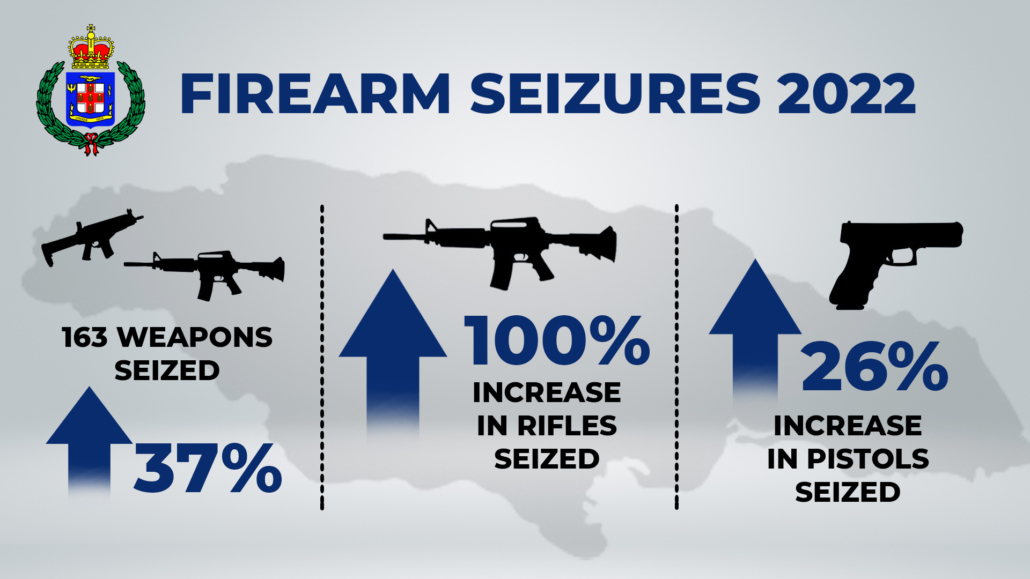 According to Commissioner of Police Major General Antony Anderson, there has been an over 100% increase in the total number of rifles seized since January.

“So, we continue to seize the primary tools used by gunmen and gangs to inflict death, mayhem and pain on our society,” said Commissioner Anderson.

“Let me make it clear that the high-powered rifles that we have seized are NOT cheap. They are not tools of economic development or productivity.  They are HIGH-VALUE weapons normally associated with WARFARE rather than crime,” added Major General Anderson.

Commissioner Anderson said that organized criminals are purchasing these high powered weapons so that they can terrorize communities, particularly the poorer and more vulnerable communities. In response to this, the Constabulary continues to place itself between these criminals and the communities they seek to dominate; as criminals fund the purchase of these illegal weapons through various illegal activities such as lottery scamming, the illicit drug trade and extortion.