You are here: Home1 / Breaking News2 / Three Foreign Nationals Among Seven Charged with Illegal Possession of... 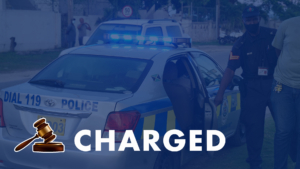 Reports from the Runaway Bay Police are that about 9:30 p.m., a police team acting on information intercepted a Toyota Isis motorcar. A search of the vehicle and its occupants was conducted and one Taurus 9mm pistol with a magazine containing twelve 9mm cartridges was found inside a cross-bag beneath the front passenger seat.

All seven people were subsequently charged. Their court date is being finalised.