You are here: Home1 / Breaking News2 / Trelawny Man Charged with Wounding with Intent 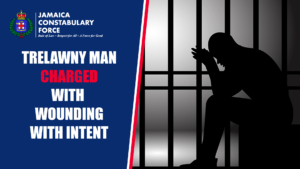 Twenty-eight-year-old Roy Griffiths of Hasting District, Trelawny was charged with Wounding with Intent, following an incident in his community on Friday, August 12.

Reports are that about 12:30 p.m., Griffiths and another were involved in a fight, during which he used a hammer to hit the man on his head. The lost consciousness and was admitted to hospital for treatment. Griffiths was later arrested and charged.