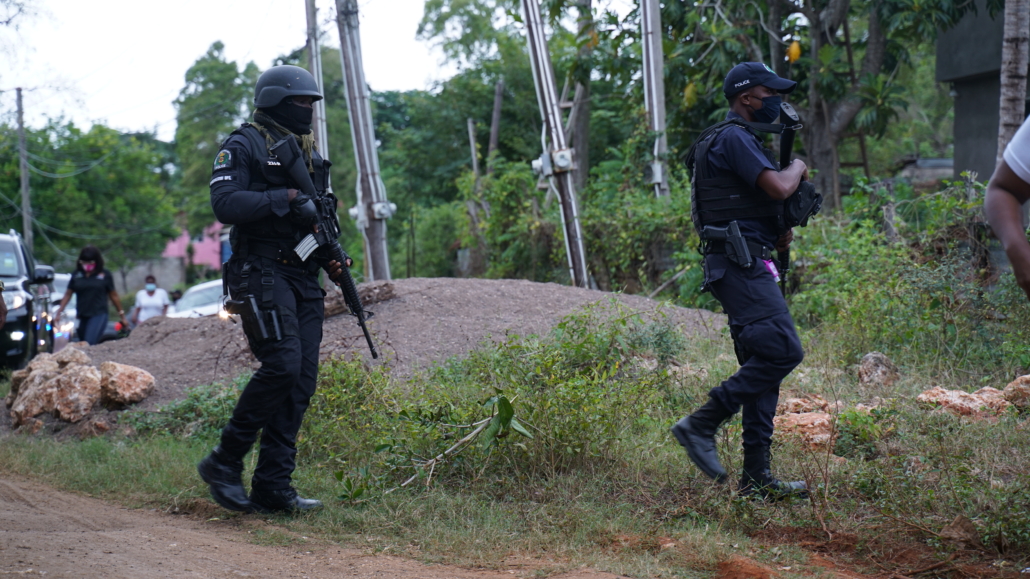 Two of the men identified as persons of interest in the recent spate of killings in Effortville, Clarendon are now in police custody.

Following a series of targeted operations in the community in the hours after the killings, one of the men in question turned himself in to the police on Friday, December 18, 2020. Another person of interest was taken into custody on Saturday, December 19, 2020.

Earlier this week, Police Commissioner Major General Antony Anderson ordered increased support to the Clarendon Policing Division in order to quell the flare-up of violence in the community.
Investigations have revealed that the violence emanated from a dispute over a missing motorcycle. What began as a prank quickly escalated into a feud between two gangs.

The police have identified the following men as Persons of Interest in the matter:

The Police believe these men can be of assistance to their investigations and request that they report to the nearest police station by 12 pm Monday, December 21, 2020. Investigations into the killings continue.

The Commissioner and Minister received an operational briefing from senior commanders in the division, as the Constabulary continues its islandwide surge of activities.

Commissioner Anderson visited the scenes of the recent killings, gaining valuable firsthand knowledge of the policing terrain under investigation.  Members of the security forces are maintaining a strong presence in the community as normality gradually returns.