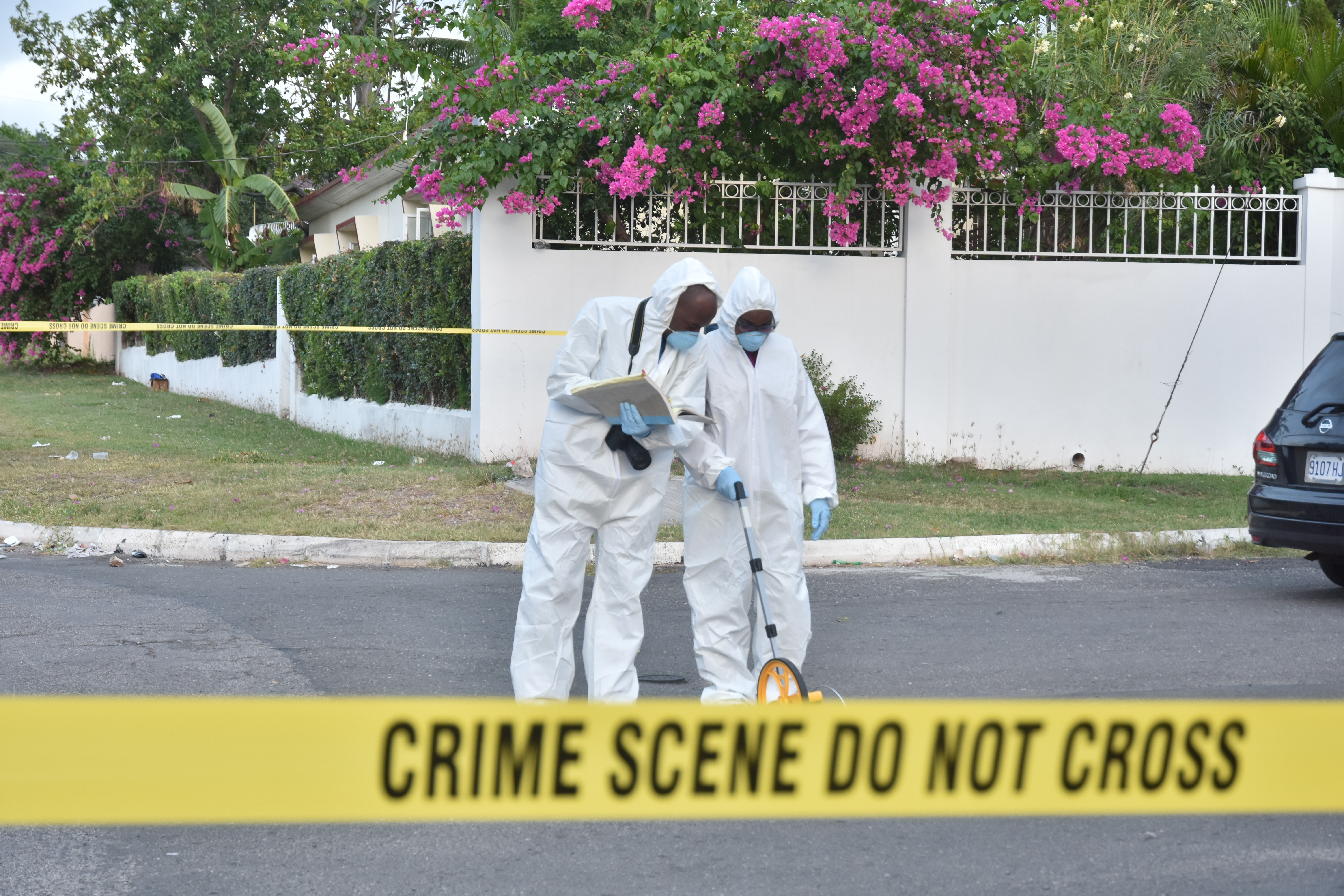 October 27, 2020 –An unidentified man was shot and killed during a confrontation with an off duty Police Officer at Roehampton Close, Constant Spring, St. Andrew on Tuesday, October 27. A second suspect is being sought.

Reports from the Constant Spring Police are that about midday the complainant returned home from the bank when she was pounced upon by two armed men, who robbed her of a bag containing about $700,000 JM.

An off-duty Police who was passing by saw what was happening and intervened. One of the robbers reportedly pointed a firearm in the direction of the Police, who drew his licensed firearm and opened gunfire hitting one of them. The firearm and bag containing money fell, however, his crony managed to retrieve the firearm and escaped. The Police were summoned and the injured man taken to the hospital where he was pronounced dead.  The bag containing the cash was retrieved.