EIGHT PRISONERS ESCAPE LOCK-UPS, ONE BACK IN CUSTODY

April 19, 2020- The Police are seeking the public’s assistance in recapturing seven prisoners who escaped custody at the Hunts Bay Police Station in St. Andrew on Sunday, April 19.

·      Eighteen-year-old Shavar Smith otherwise called ‘Boy Boy’, of Crescent Road, Kingston who was being held for one count of murder.

·      Twenty-five-year-old Maldine Lemmon otherwise called ‘Mallo’, of Espute Avenue, Kingston 13 and Bob Marley Boulevard in Kingston 2, who was being held for one count of murder.

·      Thirty-one-year-old Michael Ellis of Ramsey Road, Kingston 13 and New Green District in Manchester who was charged for the offence of Illegal Possession of Firearm and Ammunition and Robbery.

·     Twenty-four-year-old Leroy Burrell otherwise called ‘Caliber’, ‘Thick Man’ or ‘Baby King’, of an area of Majesty Gardens in St. Andrew known as ‘Zinc Fence’. He was being held on three counts Murder, Illegal Possession of Firearm and Ammunition and Robbery with Aggravation.

·      Twenty-three-year-old Rojae Gaynor otherwise called ‘Screechy’, of Varma Road, Kingston 11 who was charged with Robbery and breaches of the Anti-gang Legislation.

Information is that a COVID-19 prevention sanitization exercise was being done at a section of the facility between 9:00.a.m, and 3:00 p.m. As a result, the prisoners were moved to a temporary holding area. At the end of the exercise, it was discovered that eight prisoners breached a section of the holding area and escaped.

One of the prisoners, who escaped, has since turned himself in, in the company of his attorney.

The Police are urging the other escapees to turn themselves in and are reminding family members, residents and associates that it is an offence to harbour a criminal.

Anyone with information on the whereabouts of these escapees is being asked to contact the Hunts Bay Police at 876-948-6443, Police 119 emergency number, Crime Stop at 311 or the nearest Police Station. 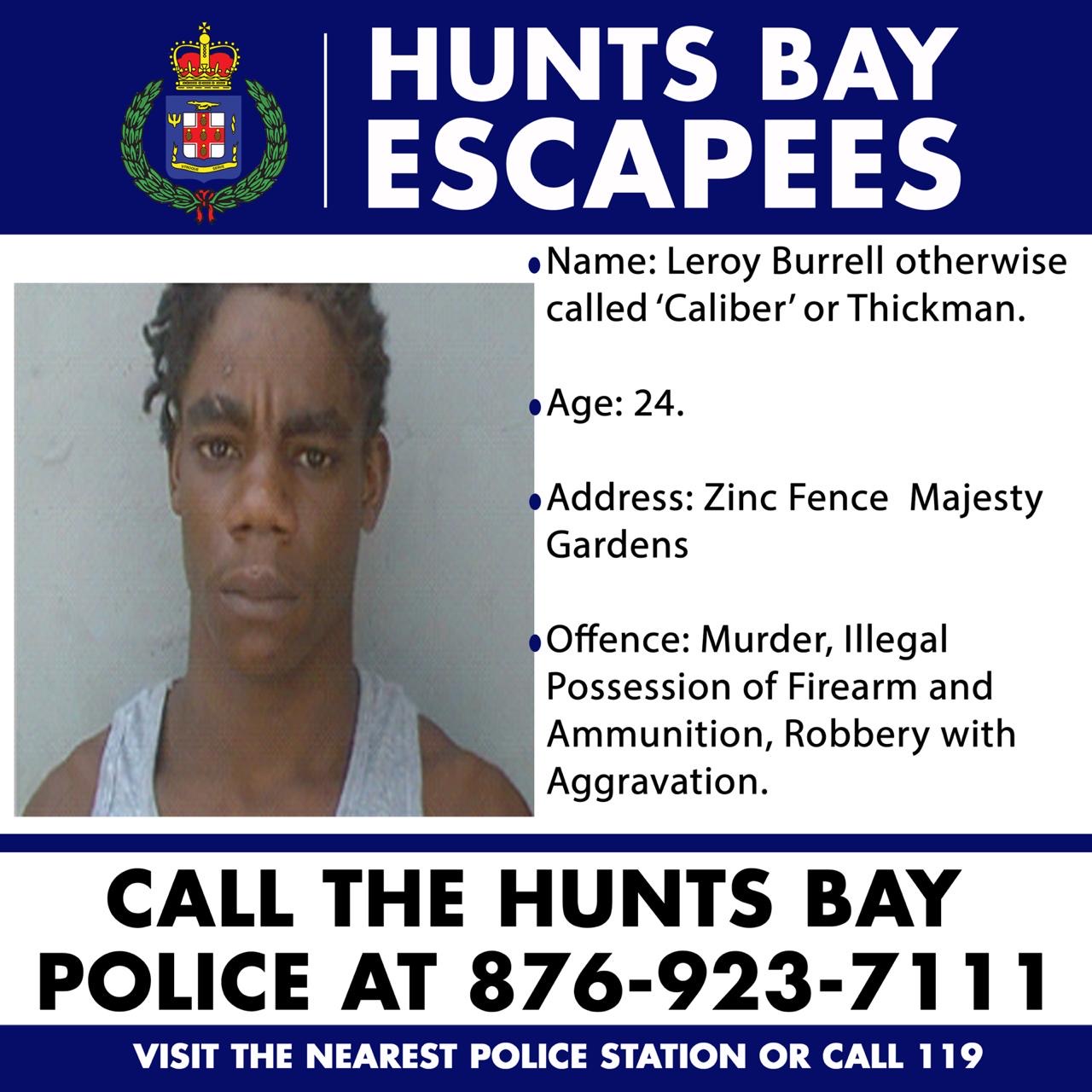 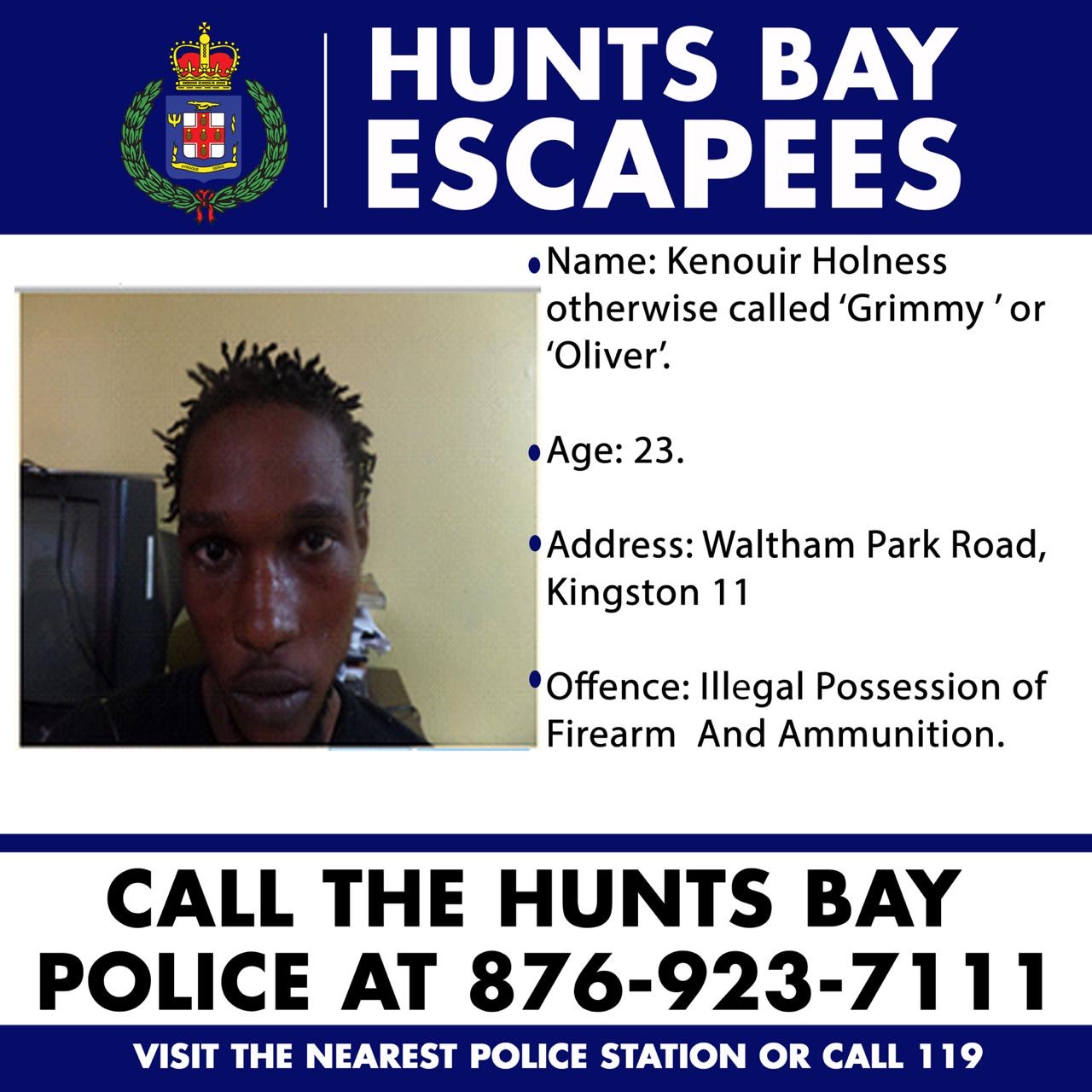 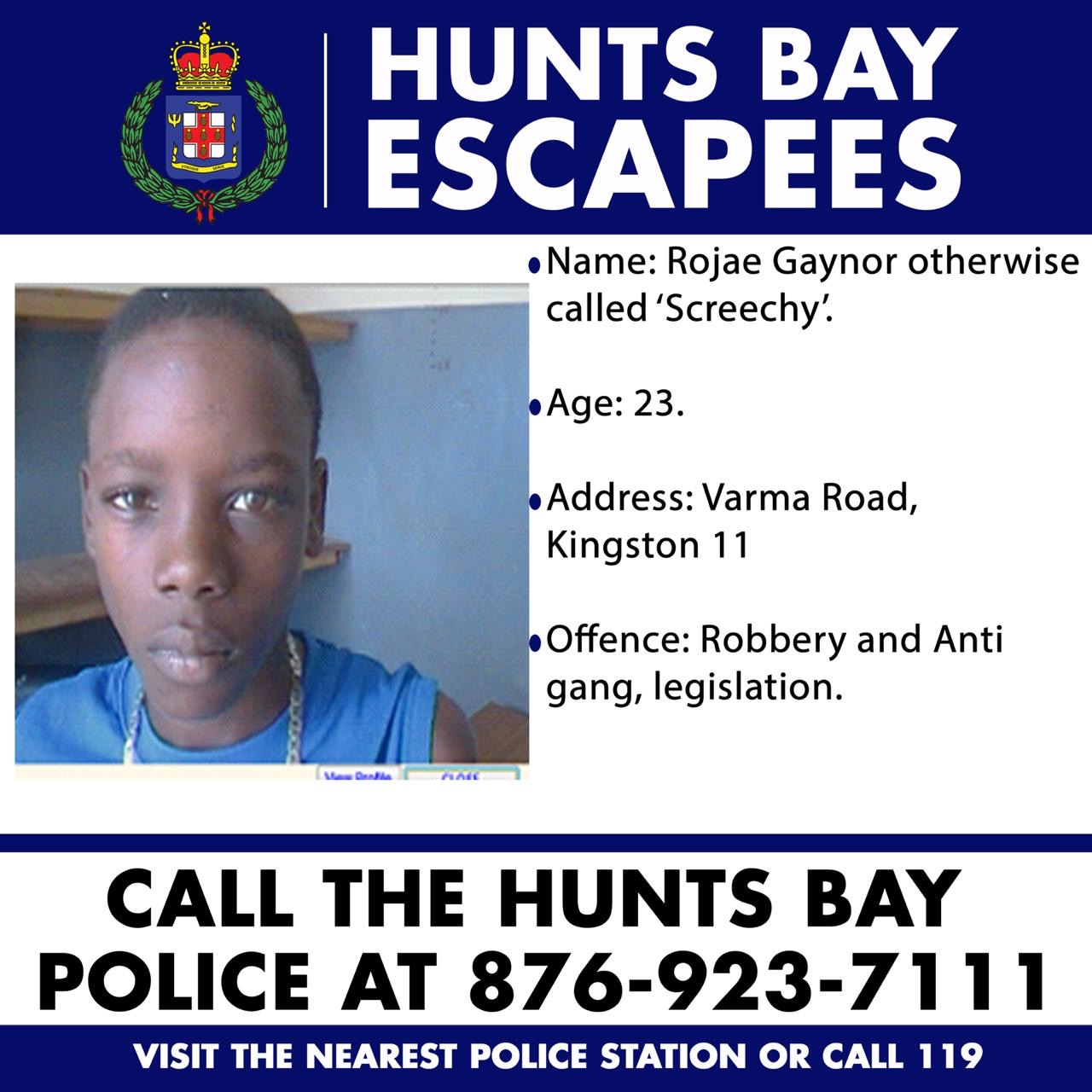 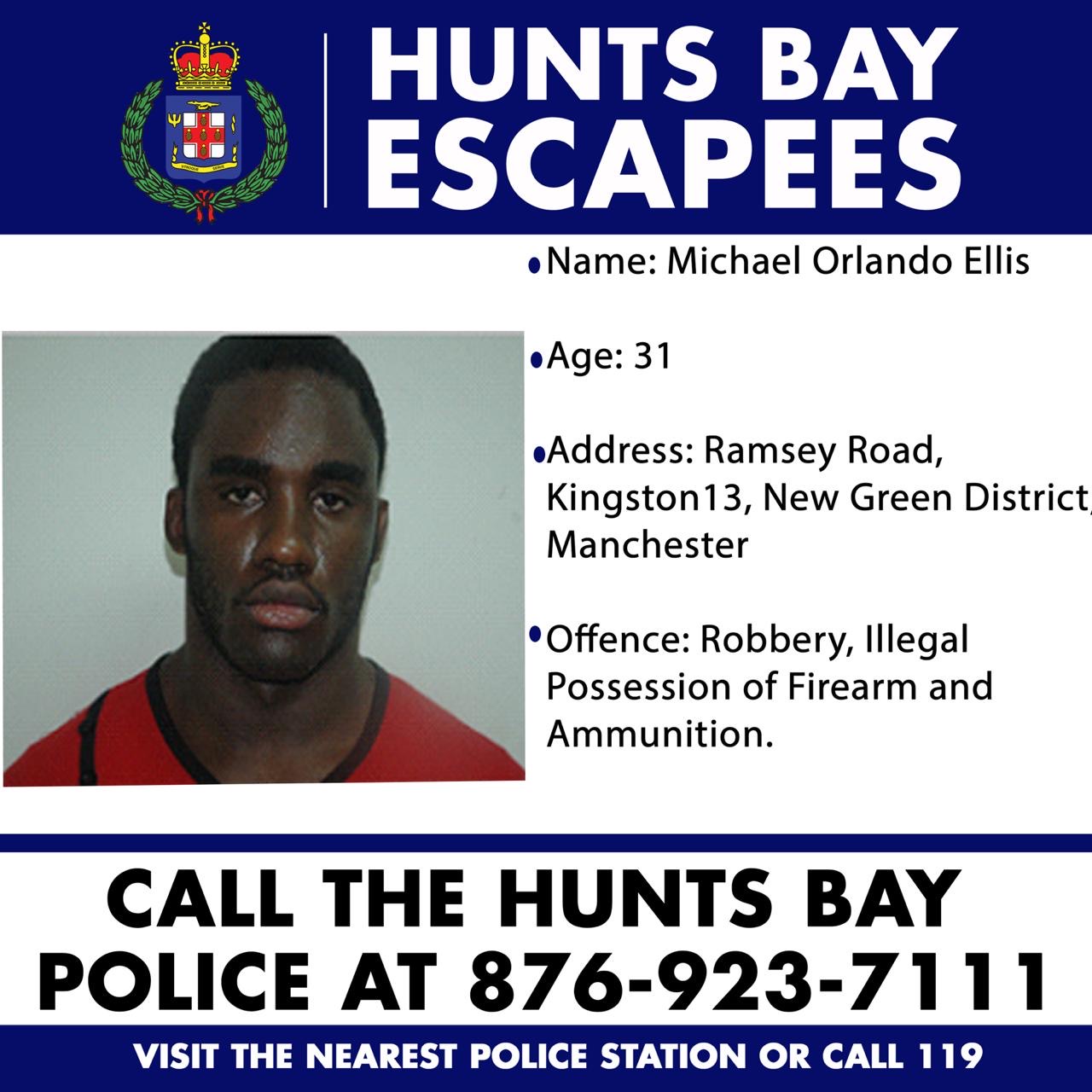 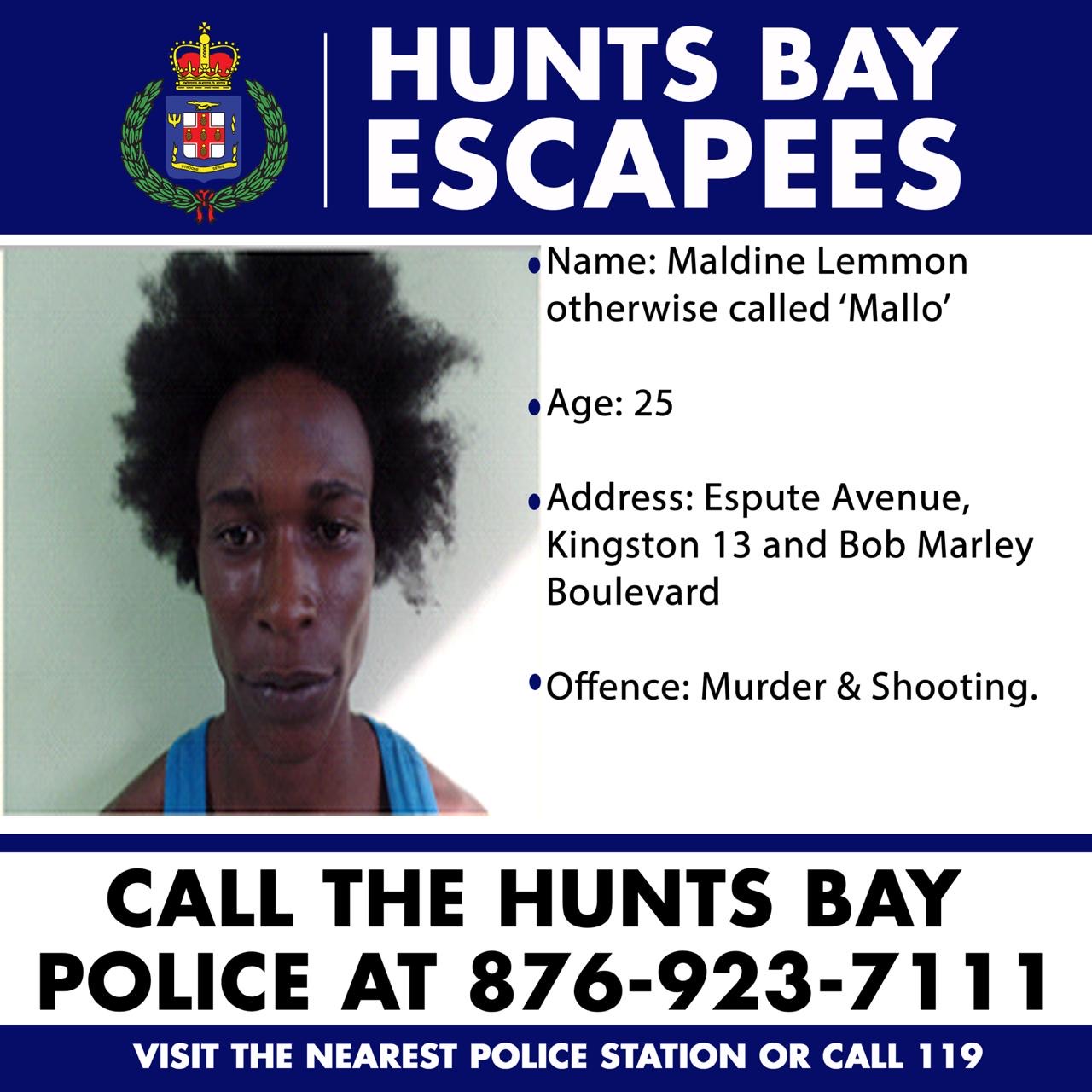 Apr.19m.20- EIGHT PRISONERS ESCAPE LOCK-UPS, ONE BACK IN CUSTODY 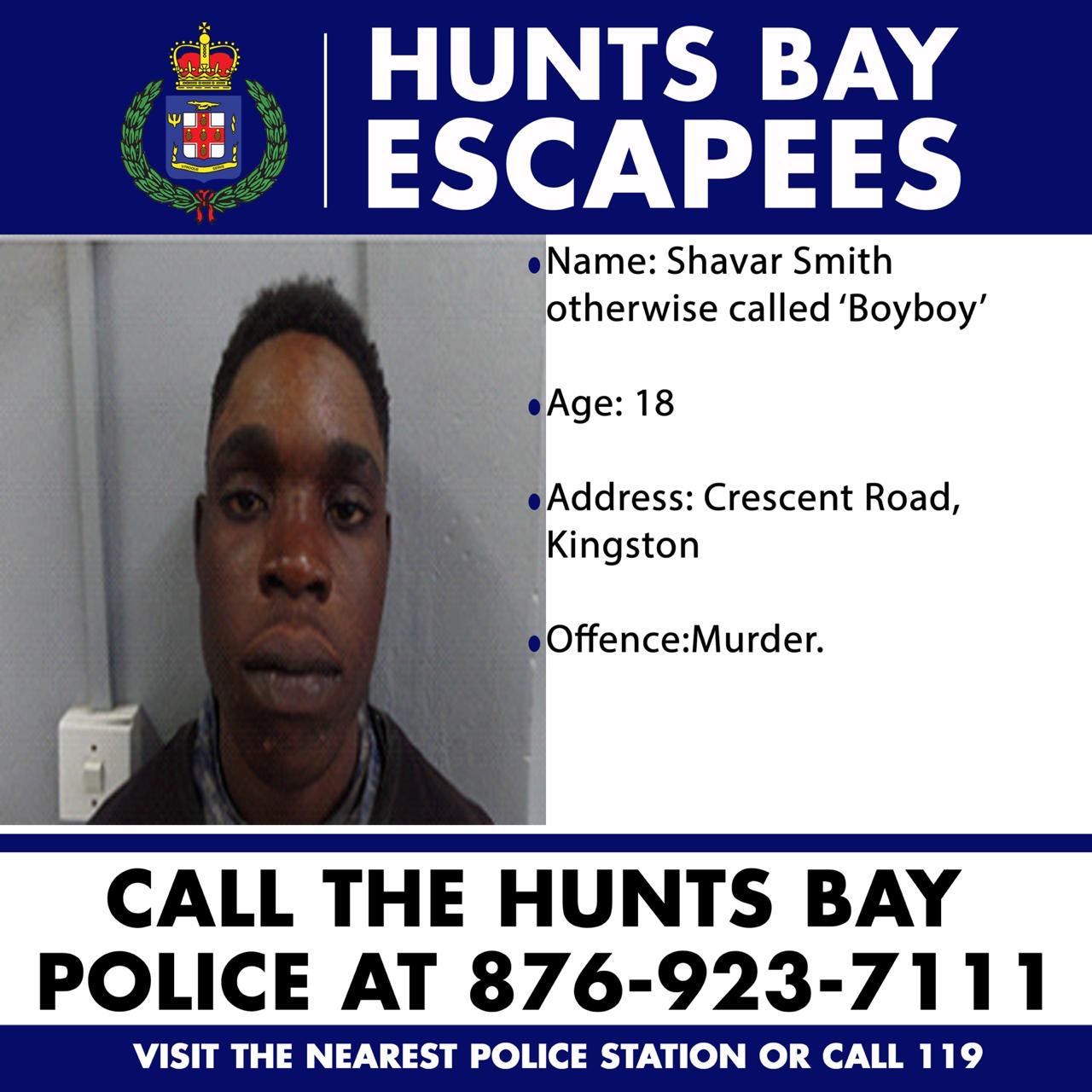 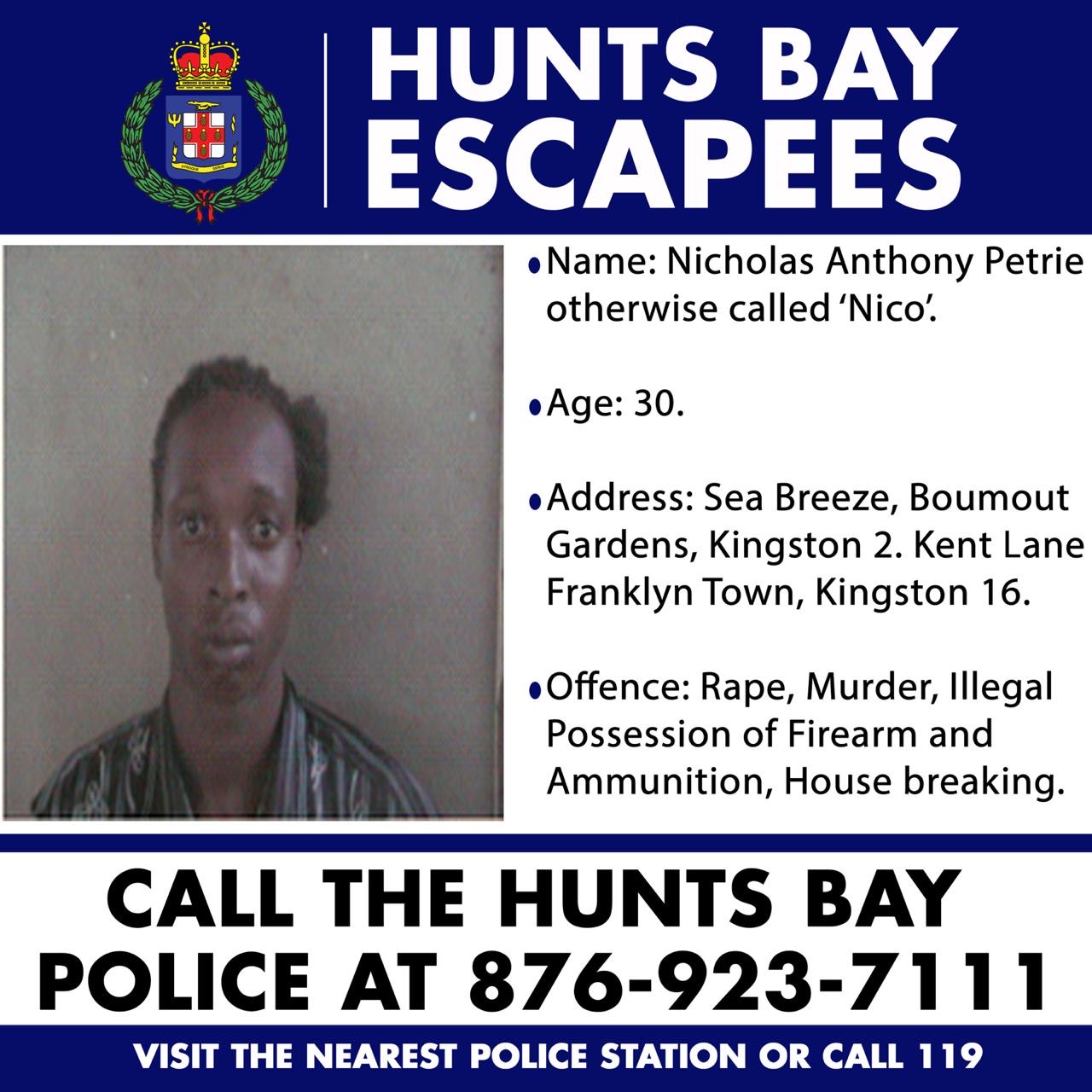