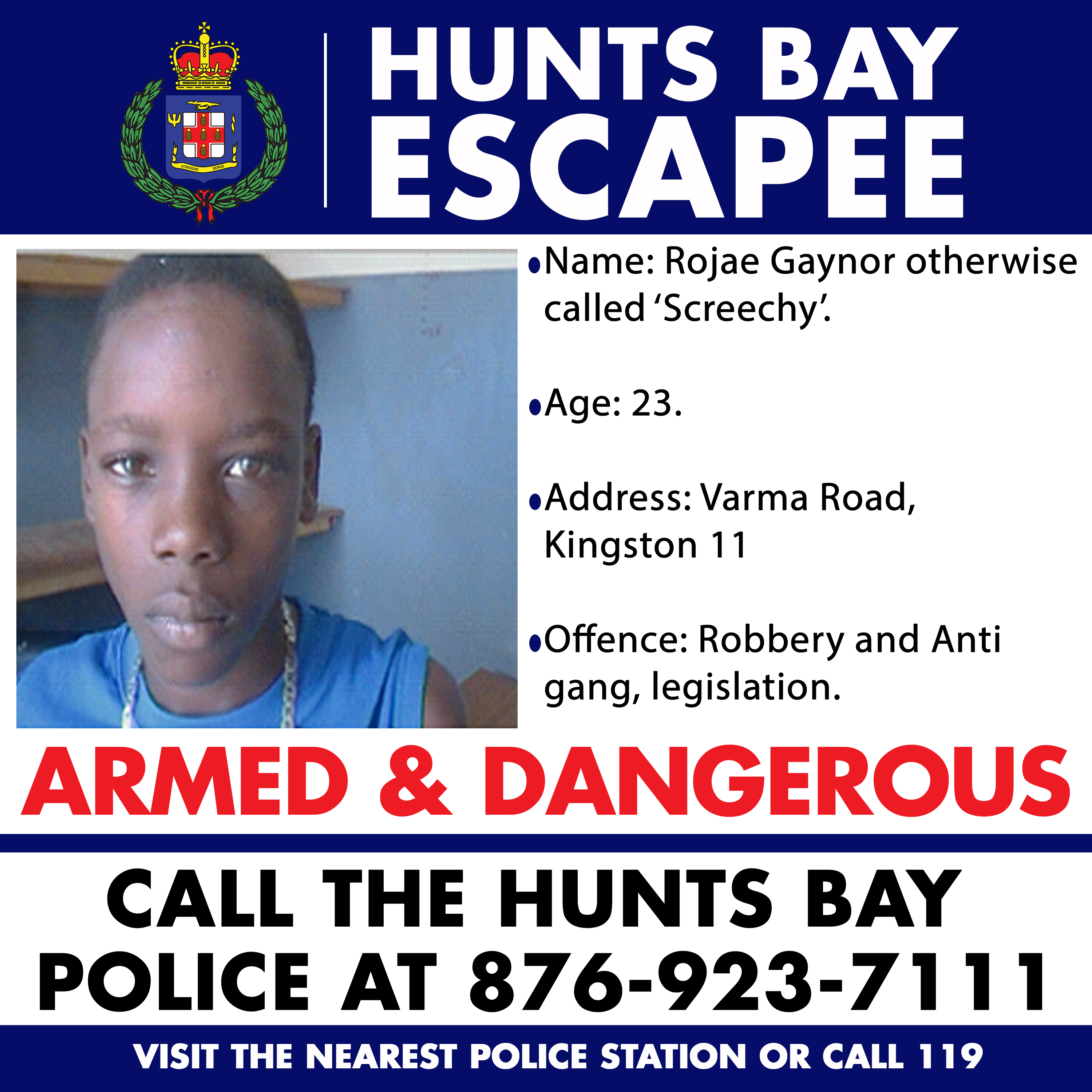 April 21, 2020 –The police are appealing to members of the public to treat, 23-year-old Rojae Gaynor otherwise called ‘Screechy’, who was charged with Robbery and breaches of the Anti-gang Legislation and escaped custody at the Hunts Bay Police Station in St. Andrew on Sunday, April 19, as armed and dangerous.  He is of a Varma Road address in Kingston 11.

Gaynor was involved in a shootout with the Police this morning in the Riverton City community in St. Andrew. One of his accomplices was fatally shot during the confrontation after Police attempted to apprehend him. He reportedly escaped but is believed to be injured.

Information is that a COVID-19 prevention sanitization exercise was being done at a section of the facility between 9:00.a.m, and 3:00 p.m. As a result, the prisoners were moved to a temporary holding area. At the end of the exercise, it was discovered that eight prisoners breached a section of the holding area and escaped.

Two of the prisoners, who escaped, have since turned themselves in and another was fatally shot by the police yesterday. The Police are urging the other escapees to turn themselves in and are reminding family members, residents and associates, that it is an offence to harbour a criminal.

Anyone with information on the whereabouts of these escapees is being asked to contact the Hunts Bay Police at 876-923-7111, Police 119 emergency number, Crime Stop at 311 or the nearest Police Station.