You are here: Home1 / News2 / JCF and PAHO Join Forces 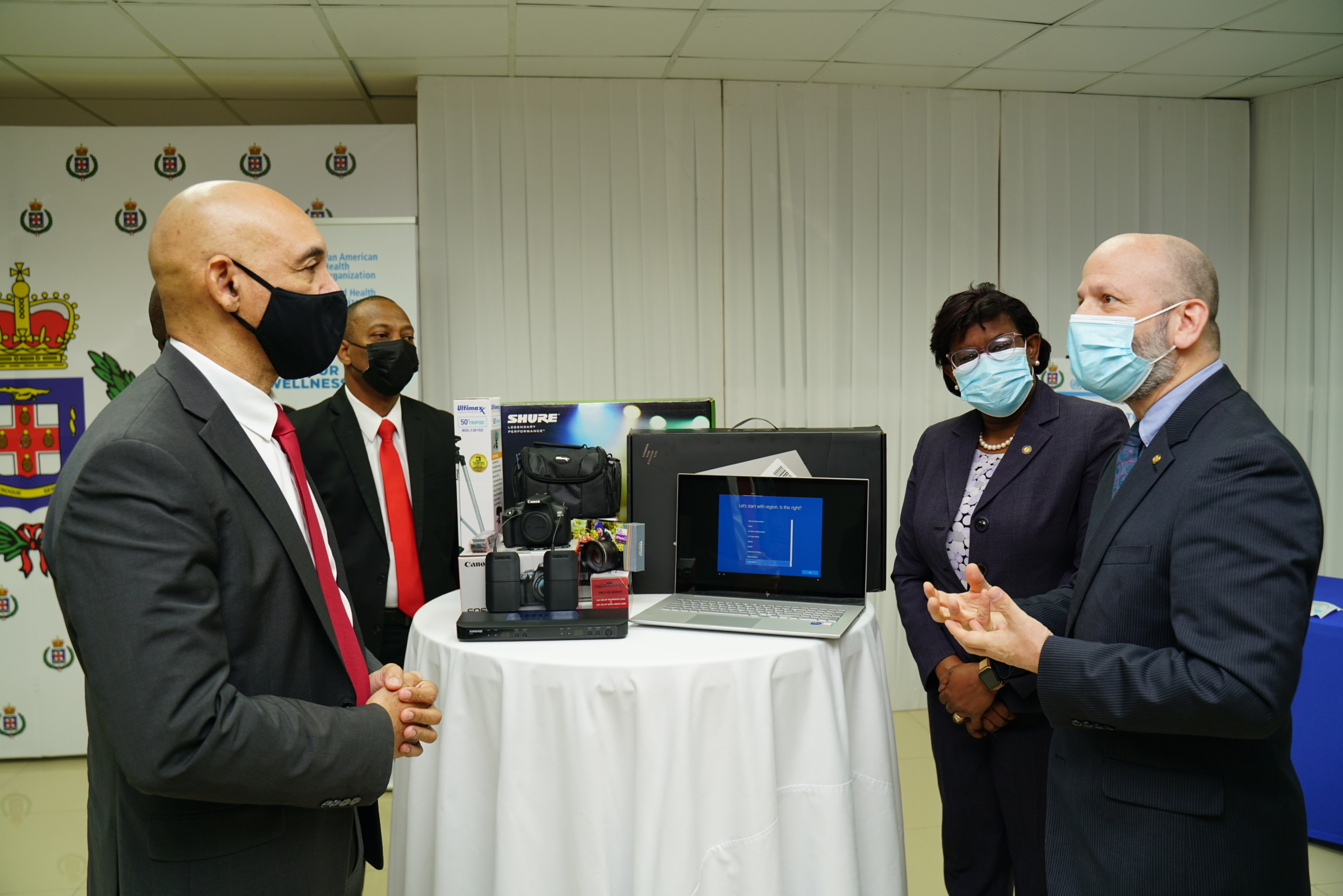 The Jamaica Constabulary Force and the Pan American Health Organization (PAHO) have partnered to enrich the health and wellness of members of the JCF. In a ceremony on Friday, January 14 at the Office of the Commissioner of Police, PAHO demonstrated its commitment by delivering equipment and supplies to support the work of the Force’s Medical Services Branch.

In his address at the handing over ceremony, Mr Ian Stein, PAHO and World Health Organization (WHO) Representative in Jamaica, Bermuda and the Cayman Islands, highlighted the importance of national and international collaboration to support the JCF as a community of frontline workers.  He said, “PAHO recognizes the men and women of the Jamaica Constabulary Force as an essential workforce on the front line of emergencies and crises that include the current COVID-19 pandemic and, we salute you.

“We believe that by supporting programs that enrich the health and wellness of the members of the JCF, we are helping you to respond to the challenges of the wider population,” he said.

While accepting the donation, Commissioner of Police Major General Antony Anderson said, “Tools like that allow an officer, wherever they are, to assess themselves and allow us to know what is going on across the country.”

The JCF’s Wellness Programme seeks to support the holistic health of police officers through increased sensitization about non-communicable diseases (NCD’s) and mental health issues. The items donated by PAHO are to be used to assist members of the force with self-diagnosis, which is hoped will help raise awareness among members.