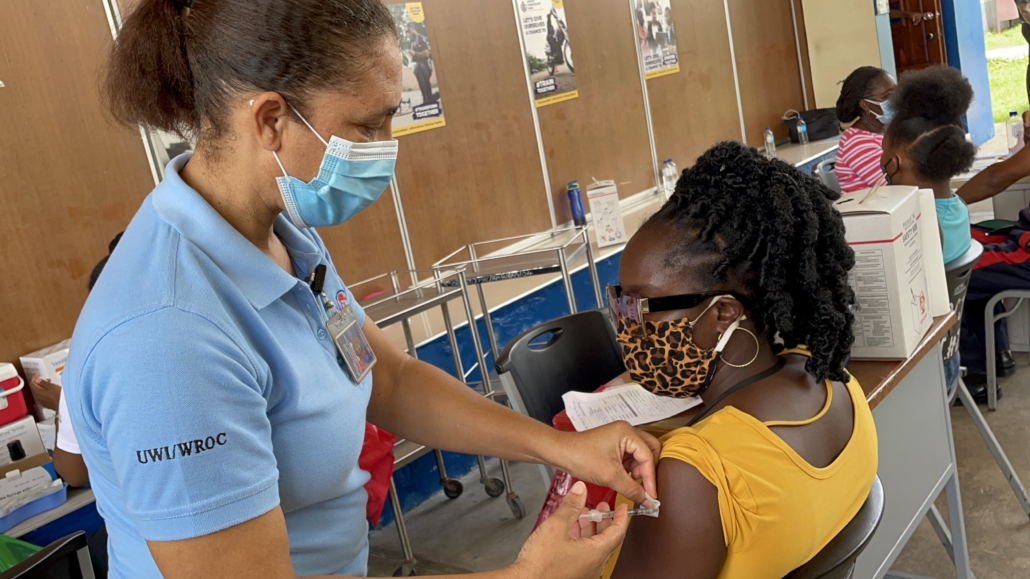 September 01, 2021– The Medical Services Branch of the Jamaica Constabulary Force is reporting that the Force’s vaccination blitz at the National Police College on Sunday, August 29, was a success.

According to Dr. George Leveridge, clinical director of the Branch, the blitz provided an opportunity for sworn and unsworn members of the JCF and their families to get vaccinated with any of the three available vaccines, Pfizer, AstraZeneca and Johnson & Johnson. Approximately 800 persons were vaccinated at the site.

“[The blitz] was so good; we are considering taking the blitz to the rural areas where there can be easier access to those who work in the rural parishes,” he revealed. 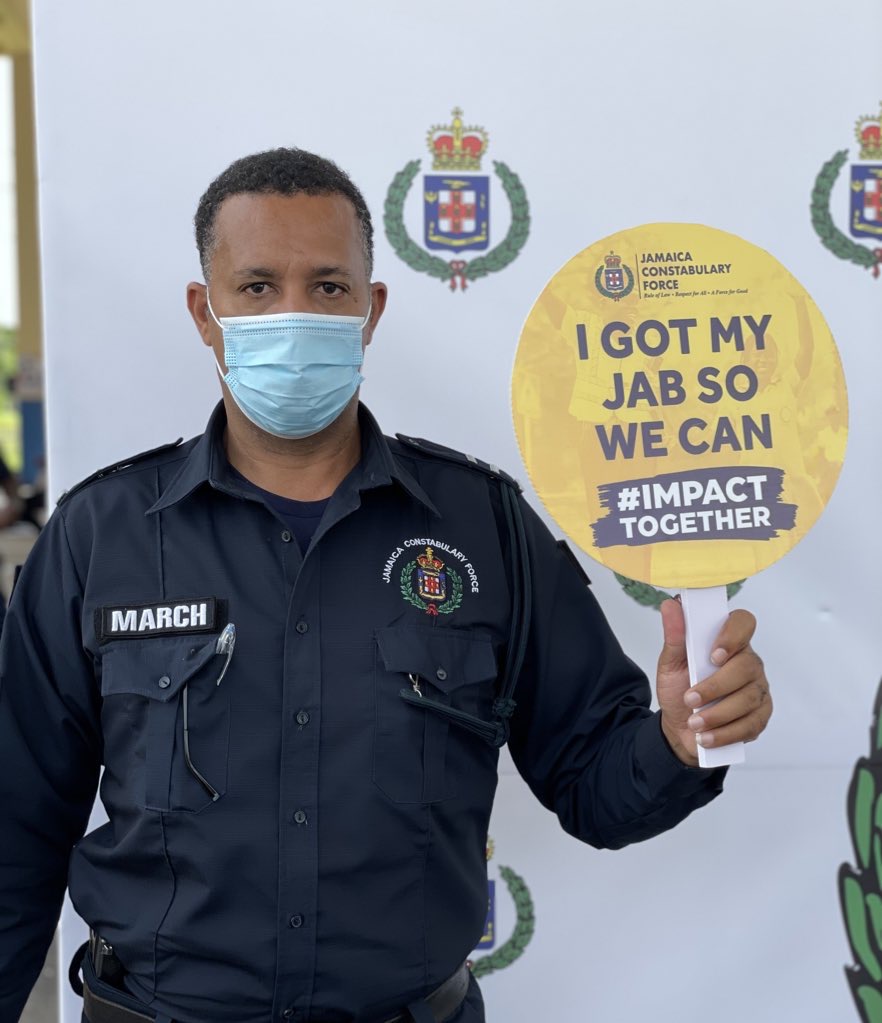 One of the persons who took advantage of Sunday’s opportunity was Superintendent Ann-Marie Blake-Johnson, who took her teenaged son to receive the Pfizer BioNTech vaccine. One of the earliest members of the JCF to be vaccinated, Superintendent Blake-Johnson said she made the choice to be vaccinated because of her need to set an example for those around her. She jumped at the opportunity to provide the same protection to her son.

“We have family members who contracted the COVID-19; my sister currently is recovering and my best friend, and a very good friend of mine who just came off the ventilator, so we had to set the example,” she said.

Also spotted amongst the hundreds who visited the site was Inspector Troy Anderson, who took not only his children but also his neighbour’s children, as well as former chairman of the Police Federation, Inspector Patrae Rowe, who took his 90-year-old grandfather to be vaccinated.

“He’s not just an old man to me, he’s a man that has been living for 90 years—thirty-odd years before Jamaica gained independence. With this level of history and memory, I believe that I have a responsibility to preserve it and take care of him and give him a chance to live longer,” Rowe said. 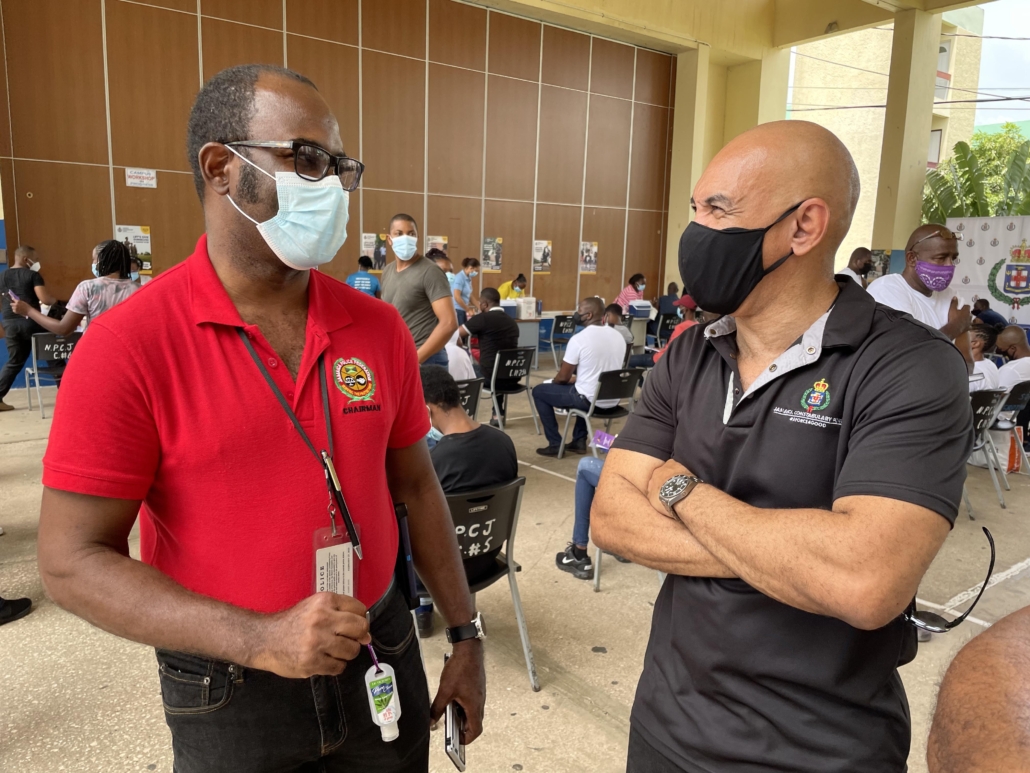 “The turnout today is indicative of a shift and a change in people’s appreciation for the severity of this,” he said.

Major General Anderson also appealed to all remaining members of the JCF to be vaccinated.

“I’m saying this both as somebody who has had [COVID] and who has been vaccinated for COVID-19; the actual COVID-19 is worse—by far—than any vaccine that you might end up taking. It’s really important if we’re going to protect each other, protect the public who depend on us, and even the people who we may have to arrest…the more of us that are vaccinated creates that space that does not allow COVID to overtake us.

“So my urging, my recommendation, my insistence is that we as a force represent that force for good [by] vaccinating ourselves so that we can protect the whole country,” he said.