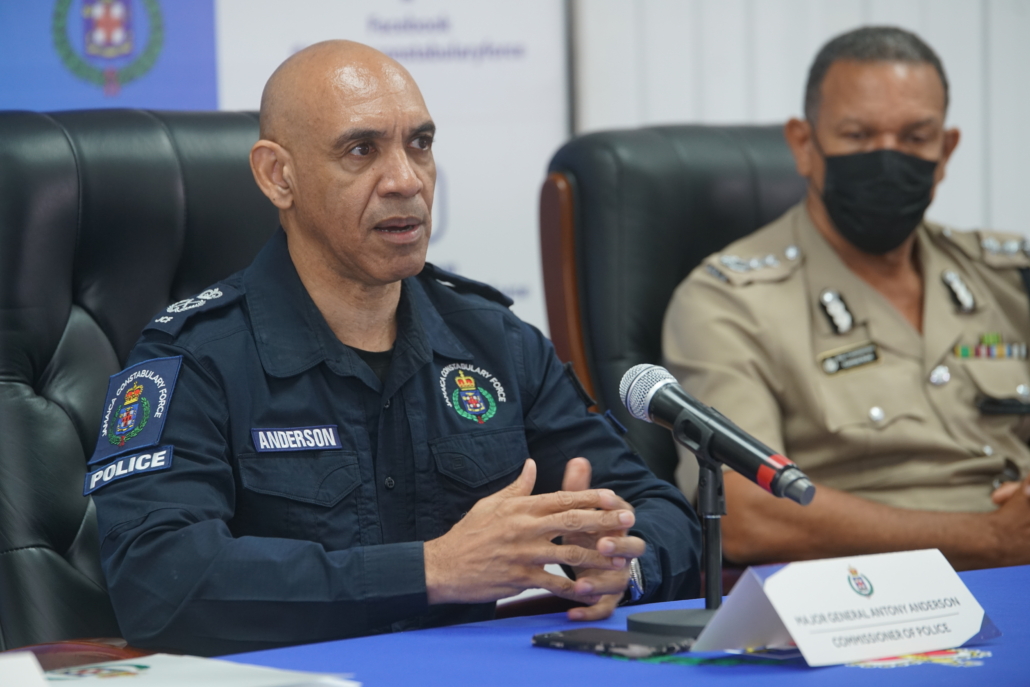 Ju1y 05, 2022 – Changes are underway for the JCF’s Criminal Records Office (CRO), according to Commissioner of Police Major General Antony Anderson during his monthly press briefing at his Headquarters on Tuesday, June 05.

As the demand for the police records and other services offered by the CRO increases, with the influx of BPO jobs and international agencies requesting documents produced by the CRO as part of their recruitment process, the Commissioner said this crucial service will be revamped as the JCF continues on its path of transformation.

“This directly impacts the economy, national development and a number of sectors that depend on this service for recruitment,” said Commissioner Anderson.

In his presentation, the Commissioner noted the challenges the public has experienced in the past with obtaining documents from the CRO and vowed a major overhaul of the CRO procedures.

“Over the last few weeks, we have been reviewing our processes at our Criminal Records Office located at 56 Duke Street and our three sub-sites located in May Pen, Clarendon, Pompano Bay in St. Mary and Summit in St. James,” said the JCF head. He continued, “This is part of our ongoing modernization effort to improve the quality of our service delivery.”

Last year, the CRO produced more than 135,000 certificates for customers both locally and overseas, and so far this year it has generated approximately 88,000 certificates. That’s 65% of the reports produced last year, with six months left in the year.

Earlier this year, the fingerprint system at the CRO was updated to further mitigate long wait times.

In addition to these changes, a testing phase for an online application and appointment system was introduced which has been successful.

According to the Commissioner, the public can expect a “qualitative difference in the customer experience” as they continue to build out the new and improved system.

Follow JCF!
Main Suspect in Killing of a Mother and her Four Children, Charged