Manhunt On For Three Escapees from Port Royal Lock-Up

You are here: Home1 / Breaking News2 / Manhunt On For Three Escapees from Port Royal Lock-Up 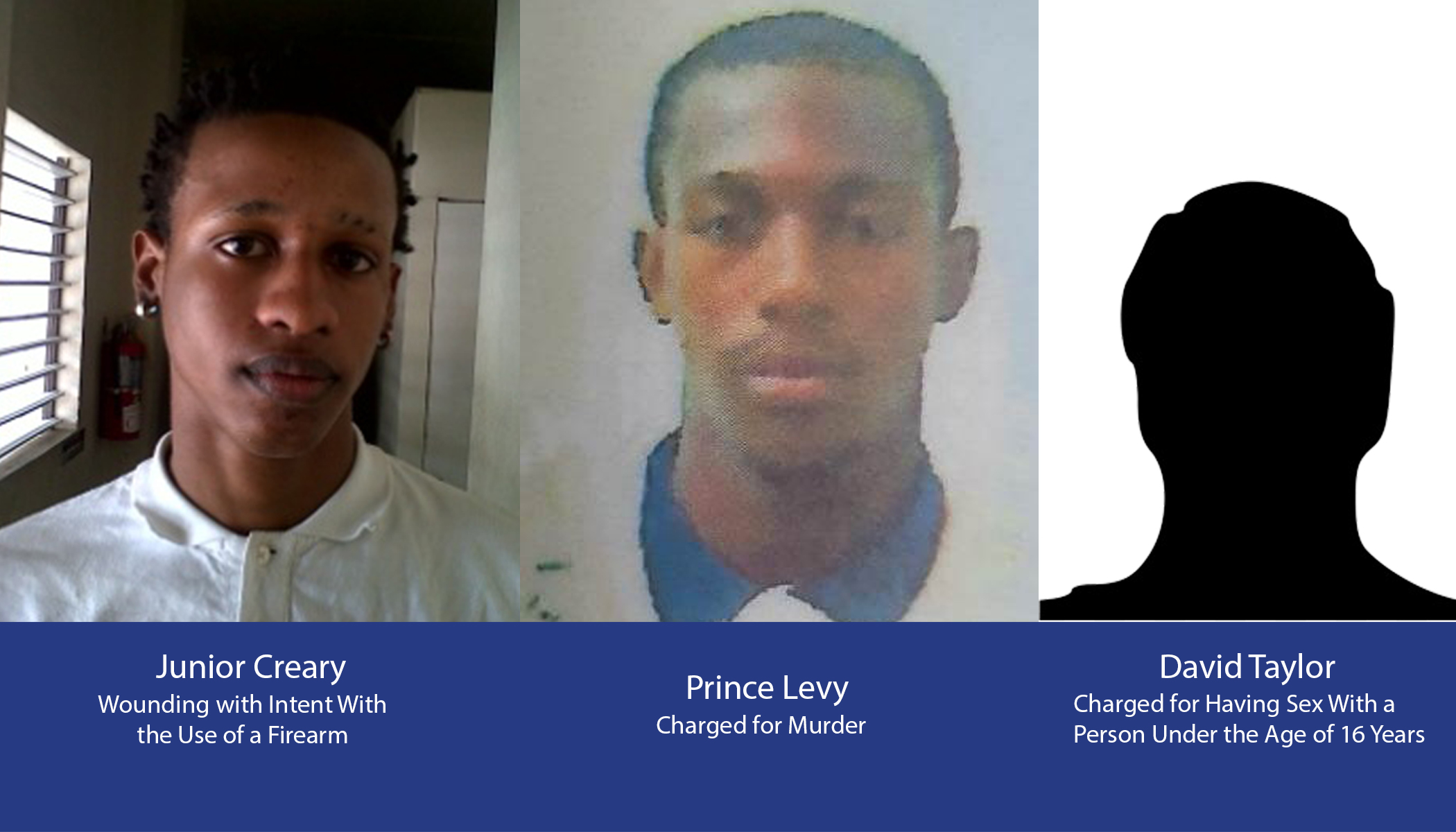 A manhunt is underway in the Kingston Eastern Division, where three prisoners escaped from the Port Royal Lock-Up on Monday, August 30.

The men were discovered missing during a check at the lock-ups about 4:45 a.m. Preliminary investigations indicate they escaped by cutting a hole in the cell door.

Members of the public, especially those in the surrounding communities such as Rockfort, Bull Bay, Harbour View, Bayhore Park and Melbrook Heights, are advised to be on the lookout for persons fitting the description of the escapees. Persons who can assist the police to re-capture these men should contact the Kingston Eastern Police at 876-928-4200, the police 119 number or Crime Stop at 311 immediately.

1.    Twenty-nine-year-old Prince Levy, otherwise called ‘Tallman’, a call centre worker of Cedar Valley, Sligoville in St. Catherine, who is charged for Murder. He is of dark complexion, slim build and is about 188 centimetres (6 feet 2 inches) tall. He is known to frequent St. Mary and Kensington Court, Kingston 5. Prior to his escape, he was seen dressed in a blue t-shirt and blue shorts.

2.  Twenty-five-year-old Junior Creary, otherwise called ‘Whopper’ a construction worker of Carnarvan Street, Kingston 13, who is charged for Wounding with Intent with the Use of a Firearm. He is of fair complexion, slim build and is about 178 centimetres (5 feet 10 inches) tall. He is known to frequent Cannon Street, Kingston and parts of St. Ann. Prior to his escape, he was seen dressed in a white merino and plaid shorts.

3.      Forty-four-year-old David Taylor, of Pleasant View, 8 Miles in Bull Bay, St. Andrew, who is charged for  Having Sex with a Person Under the Age of 16. He is of dark complexion, slim build and is about 173 centimetres (5 feet 8 inches) tall; he also has gold teeth. He is known to frequent Dallas Castle and Papine in St. Andrew. Prior to his escape, he was seen dressed a white t-shirt with designs on the front and brown shorts.

Follow JCF!
‘Fade Away’ Charged with Illegal Possession of Firearm and Ammu...