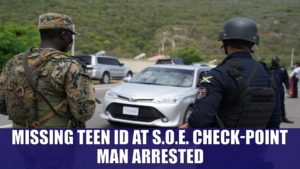 The joint police/military check-points in the State of Public Emergency (SOPE) in St. Catherine have proven effective as the team at the Angels, Spanish Town check-point was able to identify a missing 13-year-old girl and arrested a man on Friday, June 17. He has since been charged.

Reports are that at about 5:00 p.m., a vehicle with Hamilton and the teen was stopped at the check-point. The police was able to identify the teen as a ward of the state who was reported missing. Investigations revealed that Hamilton engaged in sexual activities with the child, including rape. As a result, he was arrested and charged.