CISOCA Charge ‘Spiritual Leader’ with Sexual Offences Against a Minor 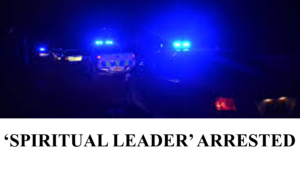 Detectives assigned to the Centre for the Investigation of Sexual Offences and Child Abuse (CISOCA) arrested and charged a ‘spiritual leader’ with Rape, Grievous Sexual Assault and Sexual Touching of a Child. The offences were allegedly committed on Friday, May 6 during an exorcism exercise.

The perpetrator has been identified as Joma Hepburn, 42, of Gordon Boulevard in Spanish Town, St. Catherine.

Reports are that the child was sent to Hepburn for him to perform an exorcism exercise, during which he committed sexual sexual acts, including rape. A report was subsequently made to the police and Hepburn arrested and charged. His court date is being finalised.

The investigation is ongoing.