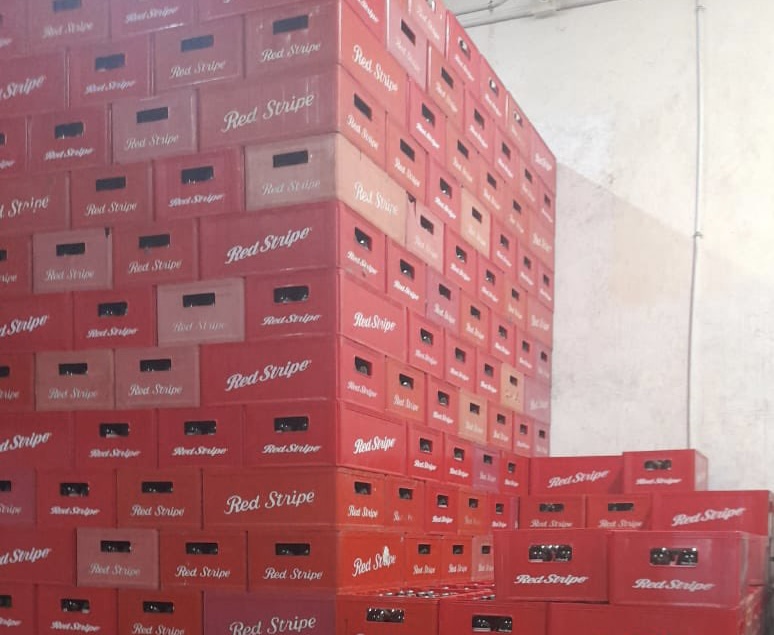 Police investigators probing the multimillion-dollar robbery at the Red Stripe facility in which over 1400 cases of beer was robbed have charged two more suspects, as investigations continue.

Charged are Michael Haughton, a 30-year-old security guard of Oakland Road, Kingston 11 and Kemar Forbes, 22, a security guard of Gordon Town Road, St. Andrew. They have been charged with Robbery with Aggravation, Illegal Possession of Firearm and Warehouse Breaking.

The men were implicated as investigators continue to probe the theft of 1440 cases of liquor from a Red Stripe warehouse on Sunday, December 26, 2021. Initial reports indicated that between 1:00 a.m. and 2:00 a.m., the culprits tied up a security guard who was on duty gained access to the warehouse and stole the liquor

Two other persons have already been charged in relation to the case. They are 32-year-old Christopher Rose, a truck driver of South Street, Greenwich Town, Kingston 13 and 23-year-old Hudson Skyers, a security guard of Tulip Parkway, West Albion in St Thomas.