Parents of Dead Child Offered Bail, To Return To Court

You are here: Home1 / Breaking News2 / Parents of Dead Child Offered Bail, To Return To Court 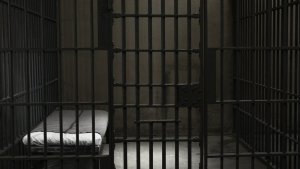 The father and stepmother of 7-year-old Tiana Russell of New Works in Linstead, St. Catherine, who died suddenly on Monday, June 28, were offered bail in the sum of JMD 300,000 each, when they appeared in the Linstead Resident Magistrates Court on Wednesday, July 07.

Reports from the Linstead Police are that about 1:30 a.m., Tiana was taken to hospital by her father, who reported that he heard her struggling to breathe. The child was pronounced dead shortly after. The Police were summoned and several marks – suggestive of abuse – were seen on Tiana’s body. The body and her home were processed.

Her father – Rohan Russell, 39 and, her stepmother, 27-year-old Lorraine Fletcher were charged later that day with Child Abuse.

As the investigation progresses, the Police are awaiting the post mortem of little Tiana.

Russell and Fletcher are scheduled to reappear in court on Wednesday, October 27, 2021.