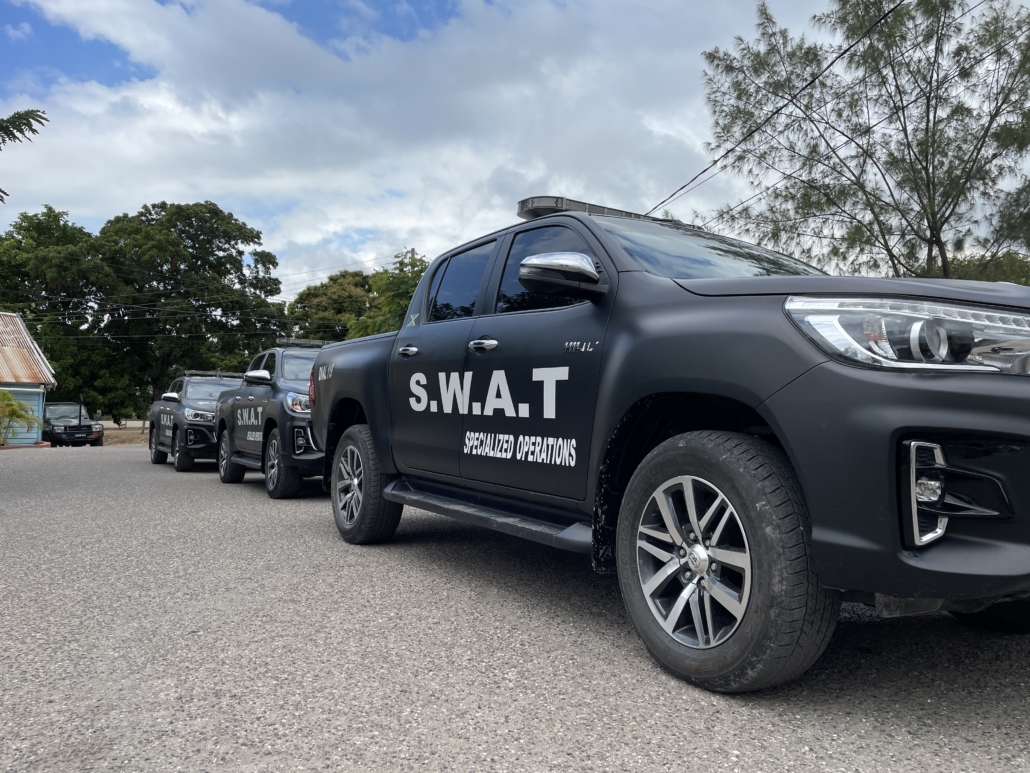 As Police increased operations to disrupt gangs, seize illegal guns and arrest gunmen, one Smith and Wesson .40 pistol was seized and seventeen people were arrested, including six women, in Bounty Hall, Trelawny on Friday, February 11.

A cordon and search operation which spanned several hours began at 4:30 a.m. in the community and resulted in the firearm being found beneath a piece of zinc at the back of a large family yard.

Several cellular phones and two (2) tablets were also seized pursuant to investigations into breaches of the Law Reform (Fraudulent Transactions) (Special Provisions) Act.  Seventeen (17) people, including six (6) females were also taken into custody on suspicion for breaches of the Anti-gang Legislation.

The Constabulary is firm in its stance to disrupt gangs, seize illegal firearms and reduce violence. We urge community members to report illegal activities to the Police as we aim to keep you safe.

Man Charged For Breaking Into Cousin’s Home
Scroll to top