You are here: Home1 / Breaking News2 / Security Feature on Phone Leads to Robber 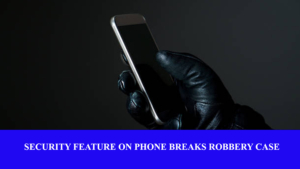 A security feature that was activated on a taxi operator’s cellular phone resulted in the armed robber being caught by the police.

Jehvaughnie Lee, 20 years old, of Lenwood Path, Kingston 11 was on Monday, May 09 charged with Robbery with Aggravation and Illegal Possession of Firearm following an incident that occurred on Ashokka Road, Kingston 11 on Wednesday, April 06.

Lee, reportedly boarded the taxi that was travelling towards Seaview Gardens. He later brandished a firearm and robbed the driver of his possessions, including a cellular phone, before exiting the vehicle and escaping. The driver subsequently made a report to the police.

A security feature which was activated on the phone, sent Lee’s images to the taxi operator’s email after he tried to gain access to the phone. Weeks later, Lee was seen and pointed out to the police. He was subsequently arrested and charged following an interview.