Self Confessed Member of the King’s Valley Gang Pleads Guilty to Two Murders, Sentenced to 12 Years

You are here: Home1 / Breaking News2 / Self Confessed Member of the King’s Valley Gang Pleads Guilty to... 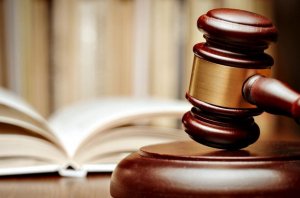 The self-confessed member of the King’s Valley Gang, Lindell Powell, otherwise called ‘Lazarus’, who pleaded guilty to two counts of murder, was sentenced to 12 years imprisonment when he appeared in the Hanover Circuit Court on Thursday, December 2.

Powell pleaded guilty to the murders of Oral McIntosh on January 7, 2017 and the murder of Ida Clarke on March 26, 2017, when he appeared in the Westmoreland Circuit Court on Wednesday, November 17, 2021.

The accused was sentenced to 12 years imprisonment at hard labour and must serve 10 years before parole.

JCF Statement on Escape of Detainees
Scroll to top