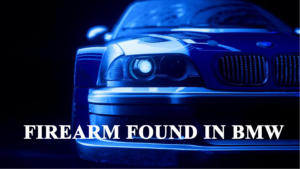 A BMW motorcar was intercepted and a firearm and several rounds of ammunition were seized by a patrol team on Gore Terrace, Kingston 10 on Saturday, February 26. Two men were taken into custody.

Reports are that about 7:10 a.m., a team of police observed a BMW motor car committing a traffic breach and signalled the driver to stop. The driver complied; he and his passenger were behaving in a manner that aroused the suspicion of the officers. A search of the vehicle resulted in a 9mm Springfield pistol along with eighteen 9mm cartridges being found in a bag inside the trunk. They were taken into custody.

Man Charged with Murder, Illegal Possession of Firearm and Robbery with Agg...
Scroll to top